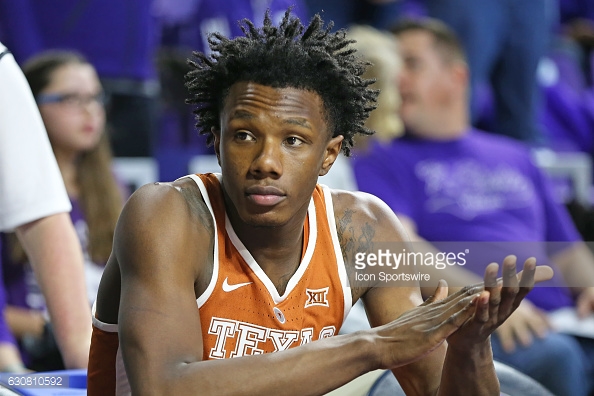 The Texas Longhorns season took another hit on Thursday.

The University announced that sophomore Tevin Mack has been suspended indefinitely for a violation of the basketball team’s rules.

Mack, a 6-foot-7 small forward, is the team’s leading scorer at 14.8 points per game. But, it’s been an inconsistent season for Mack. He scored 27 points in a win over Oklahoma State earlier this month, but in 3 of the past 5 games he’s scored 9 points or less.

Unfortunately, this is nothing new for Mack. It’s his second suspension this season. He missed an exhibition game and the season opener for a violation of team rules.

Head coach Shaka Smart said in a statement, “We have a set of standards that we expect people in our program to adhere to. Tevin has failed to reach them.”

Texas is struggling on the court. The Longhorns have dropped 4 of 5 and are 7-9 this season, while getting off to a 1-3 start in Big 12 play. And, if there was ever a horrible stretch for Mack to get suspended, this is it. The Longhorns are about to face three top-10 opponents in No. 10 West Virginia, No. 1 Baylor and No. 2 Kansas.