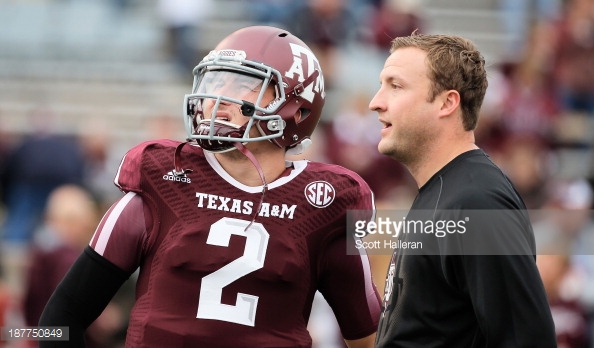 The coaching carousel continues, albeit on a smaller scale, as West Virginia has hired Jake Spavital as offensive coordinator, according to Fox Sports’ Bruce Feldman.

SOURCE: Joe Wickline will take over as #WVU‘s new O-line coach. He, Jake Spavital & Dana all worked together at #OkState.

This move is the latest in the shake up for the West Virginia staff. Joe Wickline will move from offensive coordinator to offensive line coach, replacing Ron Cook who left for the same position at Cincinnati.

Spavital has plenty of history with Dana Holgorsen. Not only have the two coached together at West Virginia, but they were both on the Houston staff in 2009 when Spavital was a graduate assistant. Also, they worked together at Oklahoma State.

Spavital coached Geno Smith to several school records at West Virginia, then coached Johnny Manziel, and most recently helped Cal score 37 points per game, despite the team losing QB Jared Goff, who was the number 1 pick in the 2016 NFL Draft.