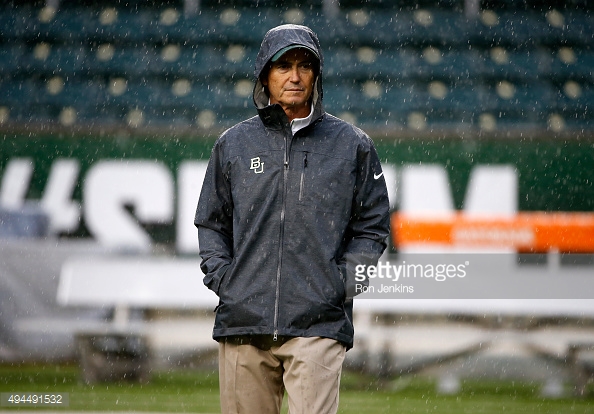 A new report from the Dallas Morning News goes from bad to worse for the Baylor football program.

The report addresses a new lawsuit from a former Baylor student who claims she was raped by two former Baylor football players, Tre’Von Armstead and Shamycheal Chatman, after a party in April 2013. The woman is simply identified in the suit as Elizabeth Doe.

The lawsuit allegedly describes a culture of sexual violence within not just Baylor football, but Baylor athletics. This report in the Dallas Morning News adds:

A Dallas-area high school athlete, according to the suit, said former assistant coach Kendall Briles once asked him, “Do you like white women? Because we have a lot of them at Baylor and they love football players.”

Then, the most damning part of the investigation by lawyers cites at least 52 “acts of rape,” including five gang rapes, by 31 football players from 2011 to 2014. At least two of the gang rapes were committed by 10 or more players at one time, the suit states.

This is just sick and disturbing.

Once again, to read this report by the Dallas Morning News, check it out here.