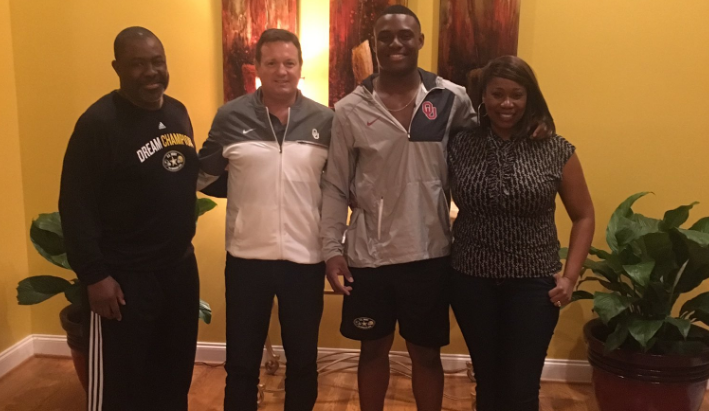 With 1 day to go until National Signing Day 2017, there are always a ton of last-minute surprises. Could one of them be 5-star linebacker Jacob Phillips?

After being committed to the Oklahoma Sooners, Phillips flipped his decision to LSU last week.

This led to former OU All-American Gabe Ikard ripping LSU and accusing the program of paying off Phillips.

For what it’s worth, Phillips is considered a “hard commit” to LSU, but he has yet to sign his Letter of Intent. So, are the Sooners still making a push for Phillips? Is he having second thoughts?

Well, check out this tweet from one of our writers, who wished well to Phillips regardless of his decision. But, he did make a final pitch to Phillips about coming “to win with us”. Typically recruits or athletes ignore these fan pleas. But, Phillips actually “liked” it.

What does any of it mean?? Who knows? Could be something, could be nothing.

Phillips’ other recent tweets have appeared to indicate he’s ready to send in his Letter of Intent on Wednesday. But, you never know… crazier things have happened in this bizarre game of big-time college football recruiting.