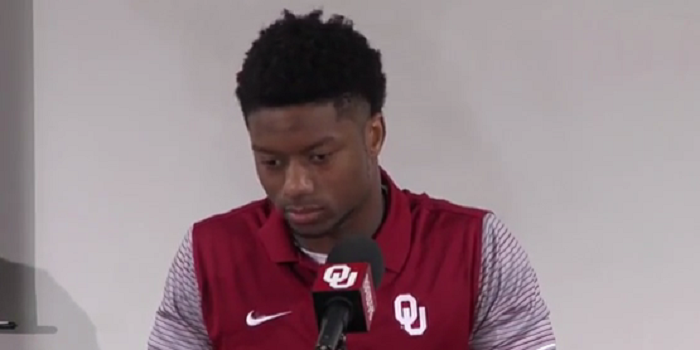 Oklahoma running back Joe Mixon decided to head to the NFL as soon as he could. But, according to USA Today, Mixon was not invited to the NFL Combine.

Mixon was caught on video punching a woman 2½ years ago and the video was released to the public a few weeks ago. It began a firestorm around Mixon and the University of Oklahoma, where questions surrounded whether or not Mixon suffered a severe enough punishment (1-year suspension) and whether or not the University should have done more.

Last year, the NFL announced that college players with convictions for domestic violence, sexual assault and weapons offenses would not be invited to the Combine, and it appears the league now is making its standards even stricter.

There’s no doubt that Mixon has the ability to play in the NFL. As a sophomore last season he rushed for 1,274 yards and scored 10 touchdowns.

SI.com’s MMQB wrote a long piece about Mixon’s draft stock and how it’s been hurt by the incident. Many scouts admitted Mixon was one of the top running back’s on the board, from a talent perspective, but the off-field incident(s) will affect his draft stock.

With that being said, I don’t think the lack of an invite from the combine will likely affect where Mixon gets drafted. He has a ton of talent, everyone knows it, and it takes just one owner and general manager to decide they’re the ones that are going to draft him.