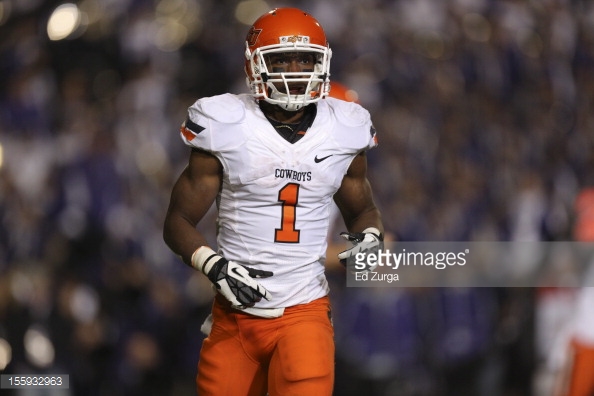 Former Dallas Cowboys running back Joseph Randle has been charged with assaulting a fellow inmate in a Kansas jail.

Randle appeared through a video link from the jail into the courtroom and was told by District Judge Jeff Goering that the victim in the battery case is 32-year-old Derrick D. Cottner.

After Goering announced the charges carried a $7,500 bond, Randle asked, “The state is charging me for running from somebody?”

“The state is charging you with aggravated battery and disorderly conduct,” Judge Goering responded.

“For getting punched in the face,” Randle answered, according to the Wichita Eagle.

Randle reportedly Goering that the alleged victim “seemed frustrated” about a date change on a court hearing and that’s why he punched Randle in the face.

The former Oklahoma State star running back now has five criminal cases pending against him in the county, where he has been jailed since June.

Randle is also accused of purposely hit people with a car after being asked to leave a housewarming party, dodged law enforcement attempts to serve him with a warrant, threatened to kill a jail deputy and damaged a jail television.

He’s scheduled to appear in court on Feb. 22 and is reportedly seeking a court-appointed lawyer, the Eagle writes.