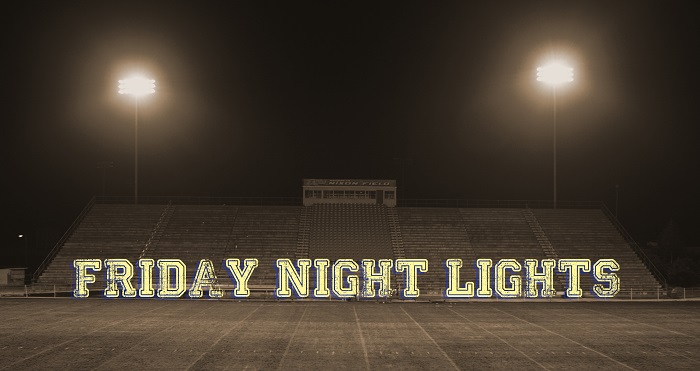 When I think about Texas football, one of my favorite TV show/movie moments comes to mind from Friday Night Lights, “Texas Forever.”

With the 2017 recruiting season in the books and fans already looking ahead to 2018, my thoughts began turning to Texas pride, or lack thereof, in Texas schools.

I was inspired by an article the guys wrote over at SB Nation about the historically low numbers of elite Texas football players who are choosing to play college in the state of Texas.

The proof is in the numbers. As noted by SB Nation: “Of the state’s 47 recruits rated four- or five-stars, 30 signed with out-of-state programs. This is the first time in more than a decade that Texas schools failed to sign at least half of the state’s elite prospects. The top seven recruits left the state. Ohio State signed three of the top six players.”

Now, as has been pointed out, it’s going to get tougher from here on out. Example: for the top players in the Class of 2018, Texas and Texas A&M have not been good since the class was in middle school in 2012.

This is a problem for the Texas schools and the Big 12.

I spoke about this topic with Texas HS powerhouse Trinity head coach Chris Jensen, who told Heartland College Sports, “I’ve coached long enough to have experienced the “pre-internet/social media” days (the good-old-days) and now the current “Too much information, I can contact/be contacted by anyone on the globe at any time” days.  Before email and social media, kids stayed local more often simply due to the fact that colleges couldn’t logistically recruit coast to coast like they can now.  Even in the “dead” recruiting periods, kids are flooded with dozens of nationwide ESPN games every week and social media propaganda that allows out-of-state schools to get their “hooks” into the Texas talent pool.”

He’s right. The way our world has shrunk and is continuing to shrink due to technology has not helped the Texas schools at all. But, technology isn’t good enough to make a flight from Dallas, TX to Columbus, Ohio an easy 30-45 minutes. Plus, it still requires the horrible experience of going through an airport.

The geographical advantage Texas schools have, along with the “mostly” proud tradition and high-profile programs should be enough to stop the exodus, or at the very least slow it down.

If Texas schools continue to be left in the dust by programs in the SEC and the Big Ten, then the trend of Texas school struggling and eventually other conferences leading the way in NFL combine visits will keep plaguing the Big 12.

As for Texas A&M, they have no one to blame but themselves. They were so desperate to stop being Texas’ little brother, they left for the SEC and opened the state to even more poaching by SEC schools. This has only hurt their own cause as they are now recruiting against SEC West foes for the same players. Plus, it’s translated on the field to 8-5 records the past 3 seasons. Congrats, Aggies. You’re still in the middle of the pack most years and instead of being Texas’ bitch you’re now Alabama’s and LSU’s.

Texas’ struggles have not helped the cause any either and Oklahoma has appeared to shift its recruiting focus to having less reliance on the Lone Star State (although OU did sign 6 of the top 35 Texas players, it’s best Texas group in almost a decade).

But, it’s also fair to call out the players. I realize there isn’t “hometown pride” like there was a generation ago. Also, families and people are more like nomads today than ever before with jobs and other life issues leading people all over the country.

Regardless, it would be nice for the up-and-coming recruits to want to show more of a passion for their state. Yes, most of the pressure lies a lot of Tom Herman, Kevin Sumlin and other coaches. But how about putting some pressure on the kids to stay in state, so their folks can watch them play and their hometown can cheer them on in person?