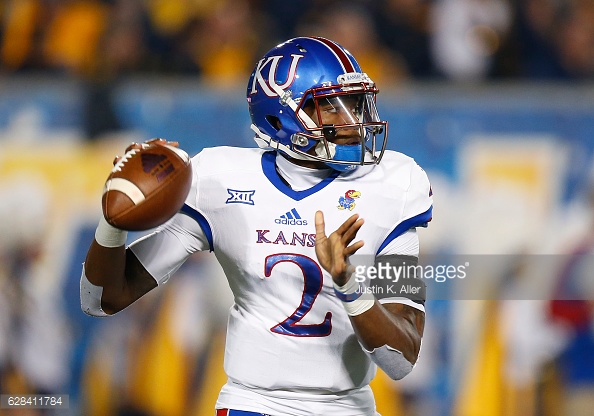 Kansas quarterback Montell Cozart made the announcement on Twitter on Tuesday that he would be transferring.

It was a classy statement from Cozart who has been through some of the toughest times in Lawrence and has suffered injuries along the way as well.

It’s not shocking to hear this news as Cozart was unlikely to be the starting quarterback this fall, with JUCO QB Peyton Bender transferring to Kansas. The expectations for Bender are high. He has Air Raid experience from his time at Washington State under head coach Mike Leach and is expected to take the job under offensive coordinator Doug Meacham.

The Jayhawks still have Carter Stanley on the roster, along with Keaton Perry.