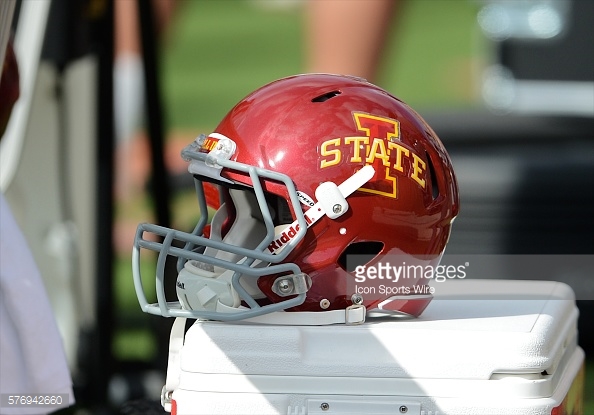 Iowa State defensive back Mike Johnson has been arrested on charges of domestic assault strangulation with injury. According to a release from the University, Johnson has been suspended from all team activities.

Cyclones head coach Matt Campbell released a statement regarding the arrest and suspension.

“We are aware of Mike Johnson’s arrested and the allegations associated with his arrest. Our program has zero tolerance for domestic violence. Mike has been suspended from all team activities, including practice, under the student-athlete code of conduct policy as we gather more information. His long term status with the team will be determined once we gain more facts.”

Johnson had a season high 6 tackles against TCU last season. He finished the season with 23 tackles and three passes defended.

While Mike Johnson was a freshman last season, he had been around the Iowa State program for a while. He went from greyshirt to redshirt to starting for the Cyclones. His plans were derailed along the way due to various academic issues.

The Clearwater, Florida native picked Iowa State in 2014 over Louisville, Arizona, Cincinnati, Indiana and others. He was considered a top-100 player in the state of Florida.