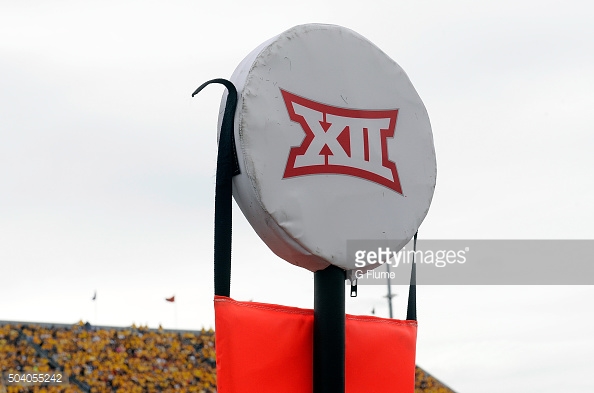 With spring football right around the corner, it’s a chance for fans to get to know the latest potential impact players on their teams, which includes the forgotten Big 12 redshirt freshmen. In many cases, guys who spent the past year under the radar as a redshirt can explode onto the scene. We sometimes forget about these players because we get so wrapped up in the most recent recruiting class along with the returning starters.

But, it’s often times these redshirts who spent an entire year building muscle, maturing, and learning the playbook who can surprise with an enormous impact.

Here are five Big 12 redshirt freshmen to keep an eye on.

Farrar was a three-star recruit out of Southlake, TX, who chose OU over Texas Tech, SMU, Washington and several others. He size is his greatest strength (6’3”, 210), but it was believed Farrar needed time to take his athleticism and become a legit wide receiver.

With the loss of Dede Westbrook, the Sooners have limited experience at wide receiver. The top pass catchers returning are Mark Andrews (31 catches) and Nick Basquine (20 catches), so there is plenty of opportunity this spring for new faces to step up.

Farrar will have competition as the Sooners brought in four 4-star wide receivers this year in Marquise Brown, Cedarian Lamb, Charleston Rambo, and Ryan Jones.

For all the positive vibes in Stillwater with the return of Mason Rudolph and James Washington, the Cowboys are losing their top two cornerbacks in Lenzy Pipkins and Ashton Lampkin.

Williams was a three-star recruit who had offers from Oklahoma, Arizona, Nebraska, Missouri and others. He was an All-State player who finished his senior season with 38 tackles, four interceptions, including a pair of pick-sixes.

If Williams continues to add weight to his 6′, 172-pound frame, he can give the Pokes secondary a hand this season. He played a high level of high school ball in Louisiana and his best attribute is his cover skills. In the pass-happy Big 12, a team can never have too much help on the back end, which also puts Williams on the list of Big 12 redshirt freshmen to watch.

Massie was a three-star recruit who committed to Kansas State over Cal, Missouri, and Washington. He was a classic Kansas State guy who is a project. In Massie’s case, he was listed at 6’4”, 217 lbs, and clearly needed to put on weight to play defensive line in the Big 12. If Massie doesn’t add all the weight that might be needed, he could be a classic hybrid DE/OLB player that so many teams in college and the NFL have been utilizing in recent years.

The Wildcats have big shoes to fill with Jordan Willis graduating, but they have a good starting point with Reggie Walker and Tanner Wood. So we’ll see what the options are for Massie, but considering he was rated the No. 16 defensive end in the state of Texas in 2016, I’ve got to believe the Kansas State staff will start to find a way to use Massie in 2017.

Ferns is an Ohio product and four-star player who held tons of big-name offers, including Texas A&M, USC, Stanford, Notre Dame, Oklahoma, Nebraska and many others. A big reason for selecting the Mountaineers likely had to do with his brother, Michael, who was WVU’s back up fullback.

Ironically, Michael left the team this past week to focus on his engineering degree.

Ferns would have likely seen playing time last fall, but was lost for the season in August when he suffered a knee injury.

A redshirt season might have ended up being a positive for Ferns, as the only knock on the linebacker was a lack of muscle at 6’3”, 223 pounds. With Justin Arndt gone to graduation, look for Ferns to be one of the front runners to fill in his spot.

Last year Baylor lost a lot of their key players from the 2016 class to transfer following the Art Briles disaster.

But, among the other Big 12 redshirt freshmen to watch, Texada stayed and ended up as a redshirt last season. He has a solid lineage, as his brother is TCU cornerback Ranthony Texada. Most services listed Texada as a top 100 Texas recruit. Not only could Texada find himself battling for playing time in the secondary, after the Bears lost Orion Stewart, Ryan Reid and Patrick Levels, but also on special teams. In high school, Texada averaged 19.3 yards on punt returns, scored three punt-return TDs and blocked kick.

The only thing that may hold back Texada from immediate playing time is his size, or lack thereof, at 5’11”, and a light 165 pounds. Or maybe he gets used in more of a nickel role his first season.