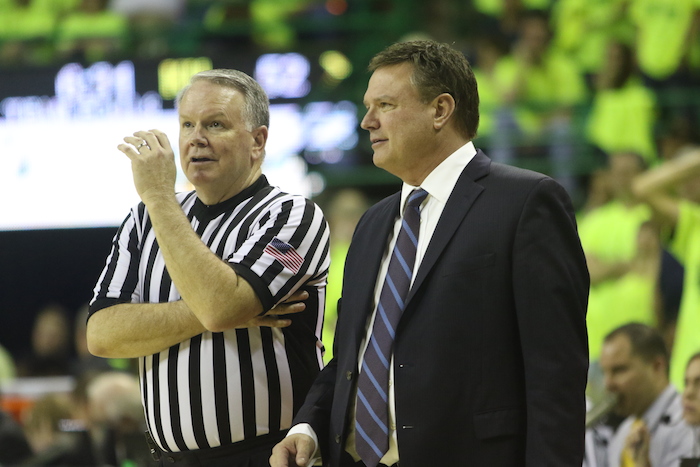 With a disastrous Oscars in the rearview mirror, I figured what better time to take a look at who would win the “Oscars” of the Big 12 conference.

Mayfield is 17-1 in Big 12 play, has helped OU win back-to-back conference titles, and is the only Big 12 quarterback to reach the College Football Playoff in its first 3 seasons of existence. Sure he had a rough weekend with his arrest, but no one has been more important to their team as a player and as a leader than Mayfield. He threw for nearly 4,000 yards last season along with 40 touchdowns to 8 interceptions and after some controversy he was cleared to come back for another season in 2017. It’s a good time to be a Sooners fan.

Despite her recent comments that caused a ton of controversy, you can’t take away the success Mulkey has had as a coach. Mulkey has won 7 straight Big 12 regular-season titles including a pair of National Championships in 2005 and 2012. The Bears are currently 27-2 and are the #2 team in the country. Mulkey has been in Waco since 2000 and has turned the program into one of the best in the country, this side of UConn.

Was there ever a doubt that the “Arkansas Waterfall” would win this award? The mullet started as just a fun joke late last summer but has now blossomed into a big beautiful work of art that is landing Gundy appearances on SportsCenter in mid-February. Barring a massive scandal within his program, there would typically be no reason to have Mike Gundy on SportsCenter in the middle of the college basketball season. See what a mullet can do for your career?

I know Oklahoma State and Baylor like to go with the funky uniforms, a la Oregon. But I’ve always been more of a traditionalist and there is nothing like the burnt orange and the classic white helmets with the Longhorn on the side of the it. The rest of the Big 12 fans will probably hate me for selecting Texas, but there’s something about its “classic-ness” that screams fall and college football… and yes, I just love that.

Dickson is from Sydney, Australia and was UT’s first-ever finalist for the Ray Guy Award. He was an All-American and 2016 Big 12 Conference Special Teams Player of the Year. In prep school he played Australian football rules but has translated his game very well to the American college game.

Riley helped re-design an Oklahoma offense that had gotten stagnant under Josh Heupel and Jay Norvell. He brought back air-raid elements, while still utilizing a strong running game spearheaded by Samaje Perine and Joe Mixon. The Sooners offense is humming like it hasn’t in over a decade.

Gasso is fresh off another Women’s College World Series title with the Sooners. She has now led OU to 3 National Championships and 2 in the past 4 seasons (2000, 2013, 2016). The Sooners have reached the Women’s College World Series in five of the last eight years and, in the process, advanced to the postseason in each of her 13 seasons. She has a career record of 1029–305–2 and a winning percentage of .771. Right now, Gasso is at the top of her profession and there appears to be nothing slowing her down.

The Jayhawks are up to 13 straight Big 12 regular-season titles on Self’s watch, including the 2008 National Championship. Critics will say that Self hasn’t been able to get it done lately in the NCAA Tournament, reaching just one Elite 8 (last season) in the past 5 years and no Final Fours since the 2008 title. But when it comes to sustained success over a long period of time, there is Bill Self and then there is everyone else. Not close.

This game had all the makings of an instant classic. Two blue-blood programs. The Longhorns looking to signal they’re “back” under a head coach on the hot seat. Opening weekend. Double OT. What more could you ask for? Granted Charlie Strong still got fired and Notre Dame went 4-8, but in that moment, there was no better theatre on that Sunday night of Labor Day Weekend. I’ll never forget the overreaction Monday morning across sports networks: “Is Texas back?” Unfortunately, the answer was no.