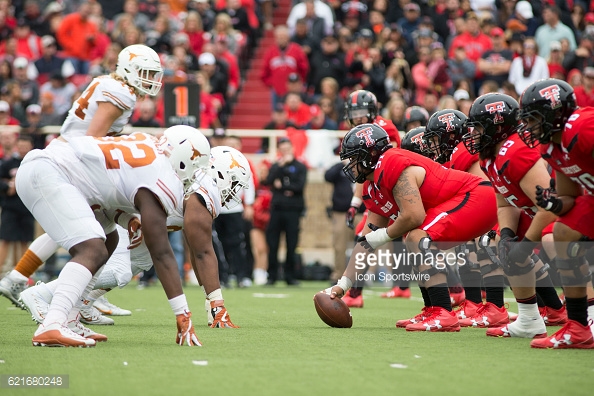 The Big 12 schedule got a shake up on Thursday. The Big 12 decided to move a pair of games from Saturday November 25th to Friday November 24th, a.k.a. Black Friday.

The Texas Longhorns’ game against the Texas Tech Red Raiders will now be played at Royal-Memorial Stadium on Friday, Nov. 24. Also, TCU’s home game against Baylor has been shifted from Saturday to Friday.

Since the Big 12 Conference lost Texas A&M following the 2011 season, the four Texas schools have spent the past couple of seasons rotating playing each other on Thanksgiving weekend.

Two years ago, TCU and Baylor also played on Black Friday at Amon G. Carter Stadium and the Horned Frogs won in a double-overtime thriller 28-21. Also, TCU hosted Baylor in 2013 on the Saturday after Thanksgiving and lost 41-38.

The Longhorns have a 50-16 all-time edge over Texas Tech, while TCU leads the all-time series against Baylor 53-52-7.

Texas 2017 signee Reese Leitao arrested on drug charges
D’onta Foreman says Texas only offered him because he ran a 4.4 40 yard dash
To Top