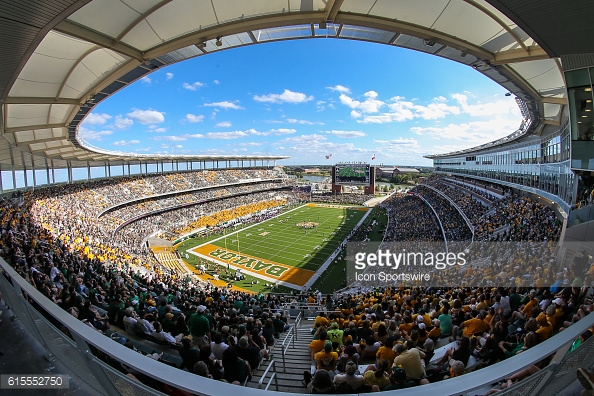 Ten women who filed a lawsuit against Baylor University saying they were sexually assaulted while students can move forward with the case, according to a federal judge.

Baylor has been doing its best to get the lawsuit thrown out, claiming the allegations were insufficient to state liability claims, but U.S. District Judge Robert Pitman rejected those arguments.

The women are identified as ”Jane Doe” plaintiffs in court records, accuse the university of ignoring claims of sexual assault and not enforcing federal discrimination laws.

But Pitman didn’t let every lawsuit against Baylor move forward. He threw out four of the women’s lawsuits, saying the statute of limitations had run out for them to file. Pitman also dismissed claims that the woman had made under state law for negligence and breach of contract.

Pitman’s order was obtained by the Associated Press and he wrote, ‘‘The Court finds that each Plaintiff in the instant case has plausibly alleged that Baylor was deliberately indifferent to her report(s) of sexual assault, depriving her of educational opportunities to which she was entitled.”

It’s the latest in a string of lawsuits facing Baylor. The university is already dealing with up to a half-dozen lawsuits from women who say the university did nothing about sexual assaults, which they claim was rampant on campus.

An outside investigation conducted by Philadelphia law firm Pepper Hamilton concluded that there were “institutional failures at every level” at Baylor in addressing sexual violence on campus.

The scandal ended up in the firing of head football coach Art Briles , and the resignations of president Ken Starr and athletic director Ian McCaw.

Baylor is also being investigated by the U.S. Department of Education for their response to sexual assaults.

Just last month, the Big 12 Conference voted to withhold 25% of any future revenue distribution payments to Baylor. The University will only receive the future revenue if a third-party reviews and verifies that the school has changed its athletics procedures and instituted governance of Baylor’s athletics program.