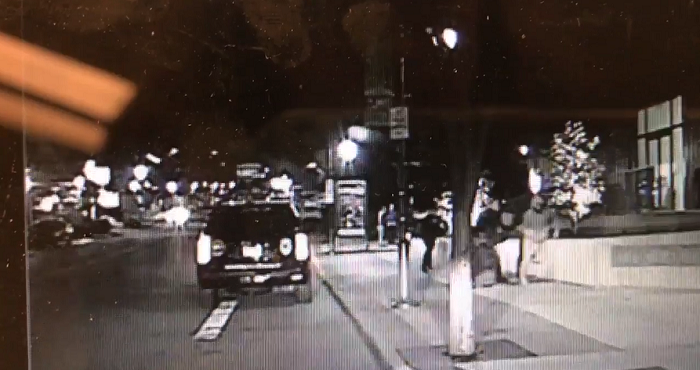 If you want to see video of what Big 12 defenses have been unable to do to Baker Mayfield, check this out. The dash-cam video of Mayfield’s arrest from two weeks ago in Fayetteville, Ark., was released on Friday afternoon by the Fayetteville police. It’s one of those videos you have to see to believe.

What a spear by the first cop, someone needs to check to see how much, if any, eligibility he has left. I can think of a few Big 12 teams (paging you first, Kliff Kingsbury), that could use a player like that at outside linebacker. I don’t think we’ve seen a tackle like that in the 4 years since Kingsbury was hired in Lubbock.

Also, was Mayfield really trying to run? If so, he’s an idiot. Then he acts outraged yelling, “are you kidding me?!” Dude, you tried to run from the police, that usually won’t end well! But look how pathetically slow of a start he gets off to. It’s like he was going with a slow jog, thinking he wouldn’t get noticed, and then would pick up speed. I sure how NFL scouts weren’t taking notes because if so, “slow first step” would be high on the evaluation tape.

Thirdly, no idea how Mayfield didn’t wind up with at couple of broken ribs off that hit. He got absolutely smoked.

I’m not going to be up in arms over this arrest. Yes, Mayfield is the team’s leader and what he did was very stupid, but it’s not domestic violence, DUI, etc. Just Baker Mayfield being a dope.

Mayfield is due in court on April 7 for the public intoxication charge.

Meantime, the program has not announced any punishment for Mayfield as of this time. The Sooners open spring practice on March 20.

I can’t wait to hear what Bob Stoops has to say about this one.