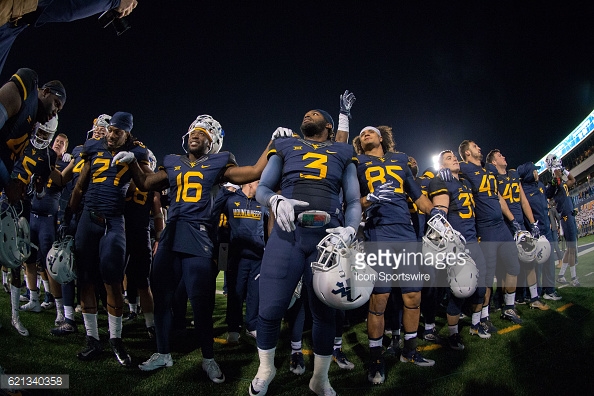 West Virginia fans need to make a note on their calendar. The opener between the Mountaineers and Virginia Tech has been moved to Sunday night.

First off, this is great news for the Mountaineers. Any chance to get your team into a prime time slot, especially on opening weekend, is a good thing. Now let’s just hope the NCAA allows Will Grier to play in the game! A ruling on whether or not Grier, who transferred from Florida after receiving a one-year suspension in 2015 for using a banned over-the-counter supplement, is not expected until July 1st.

Grier went 5-0 as an SEC starter and was also recruited by Ohio State during his transfer phase, and is expected to replace quarterback Skyler Howard.

The former Big East schools will play at the Washington Redskins’ FedEx Field and will reboot a series that hasn’t been played in over a decade.

Both teams are coming off solid seasons. The Hokies finished 10-4 in their first season without Frank Beamer, behind new head coach Justin Fuente helping them reachthe Belk Bowl. Meantime, the Mountaineers went 10-3 last season and qualified for the Russell Athletic Bowl.

While FedEx Field might be more convenient for many of the Virginia Tech fans located in Northern Virginia, it’s far from foreign to West Virginia fans. Just last season, the Mountaineers played BYU at FedEx Field in September.

The other big college football game that Sunday evening will be Texas A&M against UCLA in the Rose Bowl.