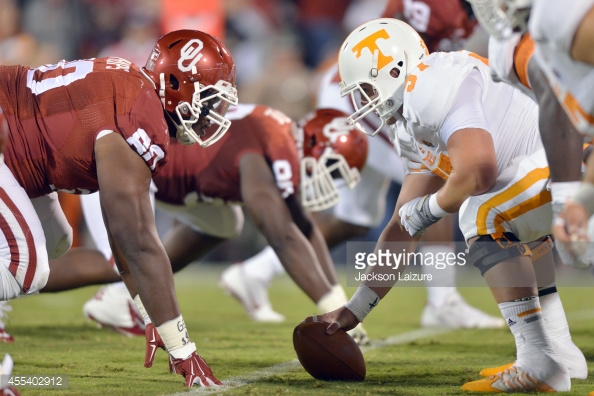 Oklahoma football announced another home-and-home series with Tennessee, on Monday.

Oklahoma and Tennessee have met four times, including a recent home-and-home series that OU swept.

In 2014, the Sooners beat the Volunteers a 34-10 in Norman. The next year the game was in Knoxville and No. 19 OU came back from a 17-0 deficit to win a 31-24 double-overtime thriller over No. 23 UT, which helped propel Oklahoma to the College Football Playoff.

OU athletic director Joe Castiglione said in a statement. “The games in 2014 and ’15 demonstrated a tremendous respect between two storied programs, as well as between a pair of passionate fan bases, and so for the players, coaches and fans, we’re excited to renew this high-profile series.”

OU also announced that they would host South Dakota in 2019.

The College Football Playoff committee has said they will give teams preferential treatment who play impressive non-conference match ups. The Sooners continue to test that theory to its fullest.