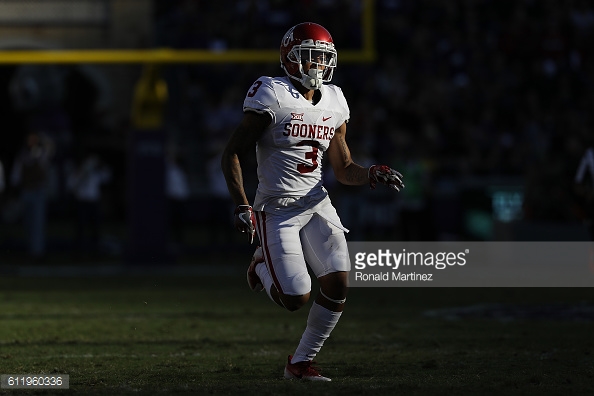 Bob Stoops announced on Wednesday that Parker will miss the next 8 weeks with a stress fracture in his foot.

Doctors placed a screw into the fracture to help the healing process, and the cornerback is expected to be back in time for summer workouts in June.

Parker is a California native who really made his mark late in the season. Parker started the last 8 games of the season for the Sooners. Overall, he played in 10 games, racking up 36 tackles and three pass break-ups, along with one forced fumble. His best game of the season came in Bedlam when Parker had 5 tackles against Oklahoma State.

Parker was in a battle with sophomore Parnell Motley for the second corner position opposite senior Jordan Thomas. It was just last week Thomas was raving about Parker, saying, “… just having that experience under his belt and learning the game and just being out there gives you that much more of an edge going into the next season.”

With Oklahoma’s spring game on Saturday, expect to see plenty more of Parnell Motley, along with several extra reps for redshirt sophomores PJ Mbanasor and Antoine Stephens, plus freshman Justin Broiles, a local four-star product from John Marshall HS in Oklahoma City, who was ranked by ESPN as the number 1 player in the state of Oklahoma.

Jordan Parker is one of a few expected starters on the sidelines, joining safety Steven Parker, who underwent offseason surgery, and linebacker Ogbonnia Okoronkwo, who has also missed this spring.

The spring game for the Oklahoma Sooners is set to kick off at 1:00 p.m. Saturday, with events getting underway at 8:00 a.m.