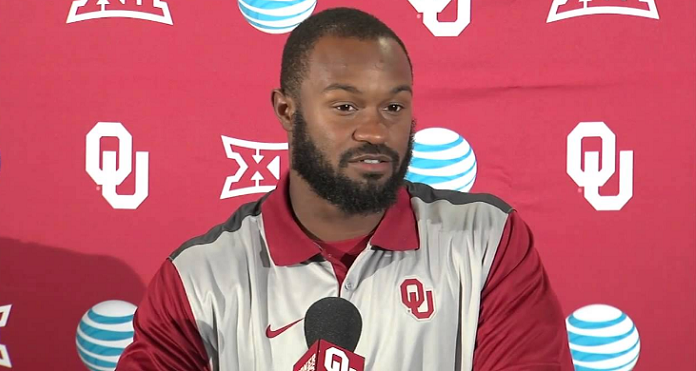 It was a pleasure to catch up with former Oklahoma running back Samaje Perine as he prepares for the next stage of his career in the NFL. Perine addressed how he’s been staying busy ahead of this month’s NFL Draft, along with what teams have shown the most interest in selecting him in three weeks. On that note, we touched on what scouts and teams liked most about his game, while also addressing things they wanted to see him improve on.

We had to ask Perine about his marriage proposal video that went viral and how that all went down.

Then we got into the Oklahoma Sooners and discussed how he thinks the new faces will do in the backfield such as Rodney Anderson and Abdul Adams, as they get set to replace Perine and Joe Mixon. Also, has Samaje Perine talked to Baker Mayfield at all since his arrest? Along with whether or not Bob Stoops is different than the hard-exterior football coach the fans and the media see? (this got a good laugh!).

Below is our entire ten minute conversation! Enjoy! And please be sure to search us on iTunes (Heartland College Sports) and subscribe to our podcast and give us a rating/review. Thanks!