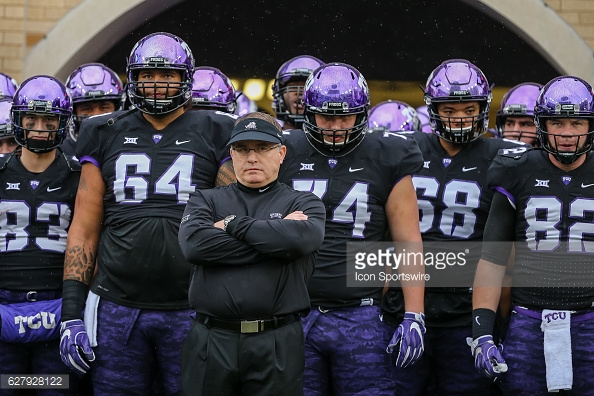 Stop that thought right there, I know what you are thinking: Are we really talking about kickers? Yes, kickers are people too (well, sometimes). The Horned Frogs currently have five, let me repeat that, FIVE kickers on the roster this spring. Luckily for you, we will only talk about 4 of them heading into the TCU spring game. Sophmore Ryan Graf started the 2016 season as the kicker, but after going 5 for 6 on his field goals, he was benched after four games. Graf was 4 for 4 on field goals longer than 30 yards which is a key stat to remember here in just a second. Graf was replaced by Brandon Hatfield who was 13 for 19 on his attempts. Hatfield also missed 2 extra points last season and was only 8 for 14 on field goals longer than 30 yards. The two other names to keep an eye on are Andrew David (Michigan transfer) and Jonathan Song who redshirted in 2016 due to injury. It is very possible that we could see multiple kickers this season for TCU once again in 2017. Even though we may not see much on Saturday for this group, this will be something to watch as we get closer to the season.