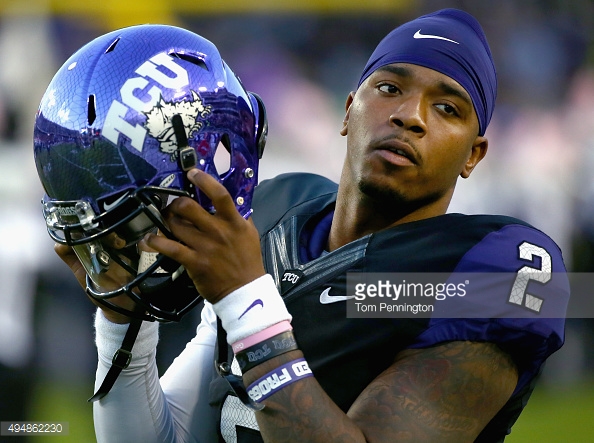 Boykin was arrested last month on March 27th for public intoxication and drug possession following a car crash that Boykin was a passenger in.

TMZ now reports that a warrant was issued for Boykin’s arrest earlier this week because prosecutors believe his March arrest constitutes a violation of his probation, stemming from his arrest before the Alamo Bowl in 2015 for his role in a bar fight where he punched a police officer. He pled no contest to a resisting arrest charge.

Trevone Boykin went undrafted in 2016, he then signed with the Seattle Seahawks on a three-year, $1.635 million contract to be Russell Wilson’s backup. Boykin played in five games last season, completing 13 of 18 passes for 145 yards, one touchdown and one interception.