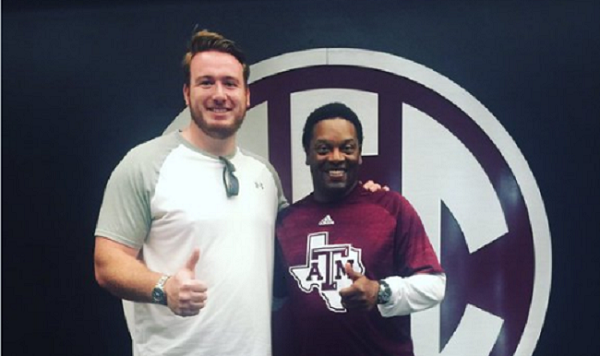 A Big 12 player is going to a former Big 12 foe. Former Oklahoma offensive tackle Christian Daimler committed to the Texas A&M Aggies as a graduate transfer.

Excited to be a part of the Aggie Family for my final year! Gig’em! pic.twitter.com/caaCy5pv1M

Daimler was a 3-star recruit in the class of 2013 out of Stratford High in Houston. So this trasfer to A&M puts him closer to home, but still… really? It HAD to be Texas A&M?! Ugh.

Daimler is listed as 6-foot-7, 320 pounds, didn’t play during his first 3 years at Oklahoma before getting in 3 games last season.

At least this news came down on the same day as Oklahoma’s spring game, so it was probably overlooked and not noticed by most fans. But our job isn’t to hide from the news. In the end, it’s not a huge loss for the Sooners, who have plenty of quality talent on the offensive line, led by rising junior left tackle Orlando Brown, who’s joined by returnees like Ben Powers and Dru Samia.

All that being said, we do wish Daimler all the best… just wish he wasn’t going to Aggieland!