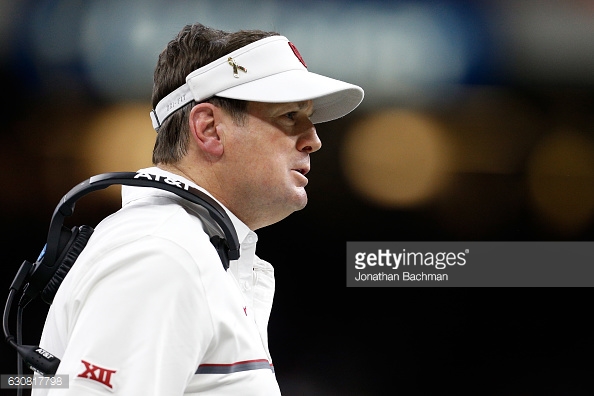 According to arrest records obtained by Brooke Pryor of The Oklahoman, Robison was booked at 3:33 a.m. Sunday and LaRue was booked at 5:33 a.m.

“We are aware of the situations and they will be addressed internally,” an Oklahoma spokesperson told Pryor.

Robison enrolled early at Oklahoma and came in with high expectations, coming in ranked as a top-10 quarterback by Scout.com. Robison did play in Saturday’s spring game, finishing 3 of 5 for 49 yards.

LaRue is a walk-on redshirt junior who has not racked up any stats during his 3 years playing for the Sooners.

Unfortunately, this is just the latest trouble for Oklahoma football players. The program has now had three players (of record) who have gotten in trouble for alcohol-related charges in 2017. Quarterback Baker Mayfield infamously was arrested in February for public intoxication, drunk and disorderly conduct, resisting arrest and fleeing.

In other OU legal news, earlier this year, cornerback Parrish Cobb was arrested in a armed robbery case in Waco, Texas.