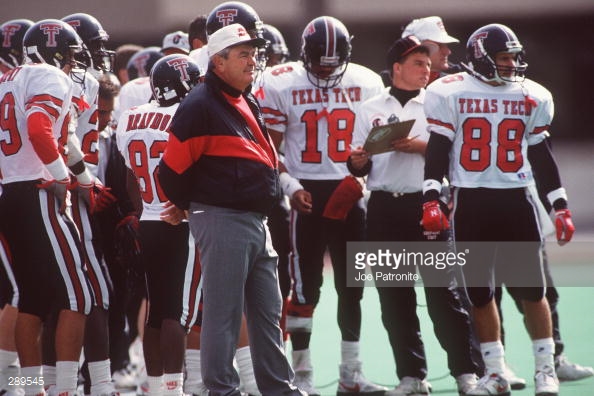 Dykes retired as Texas Tech’s winningest football coach and his passing was confirmed by the University. Dykes had lived for several years in the Austin area.

Before becoming the head coach in Lubbock, Dykes played center at Stephen F. Austin. When he graduated, he spent several years on various staffs at the high school level, including head and assistant coaching positions. In 1972, Dykes became an assistant coach at the University of Texas. Eventually Dykes was back on the high school level to coach at Midland Lee from 1980 to 1983.

Dykes joined the Red Raiders as an assistant coach on Jerry Moore’s staff and was promoted to head coach in 1986. Over the next 13 seasons, Dykes went 82-67-1.

Spike’s son, Sonny Dykes, was head coach at California from 2013-16, and is now on the TCU staff. Dykes other son, Rick, is a business owner in the Lubbock area.

Our condolences go out to the Dykes family.