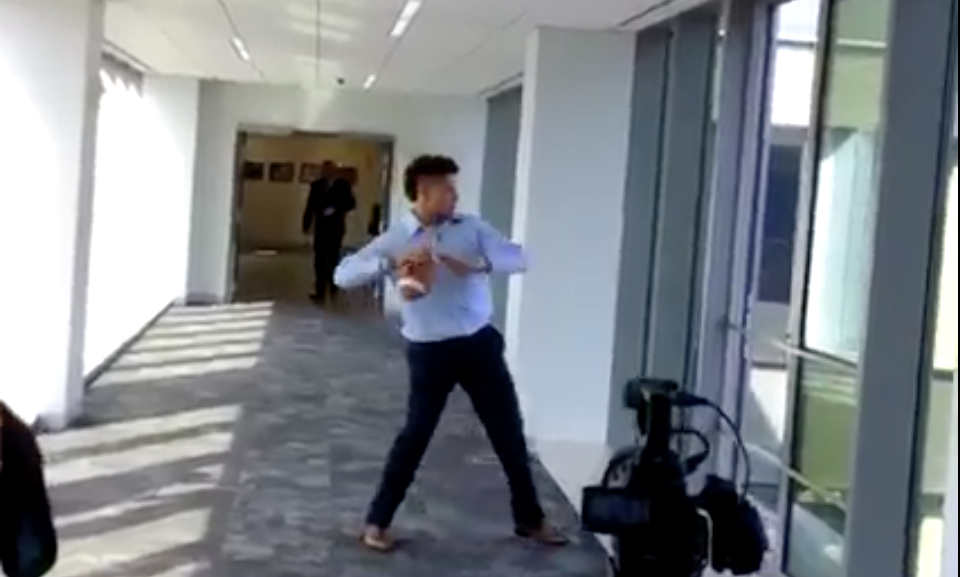 Former Texas Tech quarterback Patrick Mahomes continues to be one of the fastest-rising prospects in the draft. He’s been rumored to go as high as No. 6 to the New York Jets. So naturally, ESPN came calling and Mahomes made the media rounds on the WorldWide Leader’s Bristol, Connecticut campus.

Wherever Mahomes ends up being drafted, he clearly didn’t hurt his chances one bit when he tossed a football through a window into a trash can that was located a floor or two below and quite a distance away. Mahomes has already shown off his cannon of an arm to NFL scouts with this 80-yard pass, but here was a chance for the quarterback to display his pinpoint accuracy.

There is NO doubt, @PatrickMahomes5 has arm talent! ? #DraftinPHL#NFLDraft@TexasTech@TexasTechFBpic.twitter.com/gYexFLks0X

Holy sh*t, that was sick.

This is the kind of viral video that would make the late Al Davis trade half a dozen draft picks to move up and select Mahomes with the No. 1 overall pick.

And to think that just a couple short months ago, Patrick Mahomes was considering coming back for his senior season at Texas Tech. As the NFL Draft process has moved along, it’s very clear Mahomes made the right move. He might’ve helped Tech take that much-needed jump in the Big 12 standings this fall, but from a personal and career standpoint, he had accomplished all he could at the college level, and it was time for him to move on to his next challenge.

I don’t see Mahomes as the kind of guy that steps in Day 1 as a team’s starter, but I know that with a year of grooming, he has the maturity and smarts to succeed at the next level. No doubt about it.