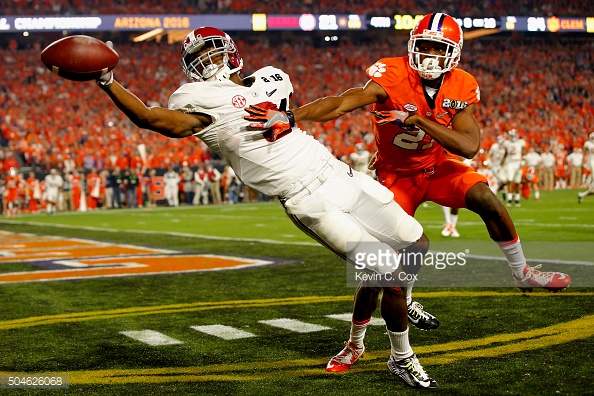 Former Clemson cornerback Adrian Baker told ESPN.com he will be taking his talents to Stillwater, Oklahoma and will play the 2017 season for the Cowboys.

Baker, who chose Oklahoma State over Houston and Central Florida, is a grad transfer so he will be eligible to play immediately for the Pokes.

It’s been an injury-riddled year for the cornerback, who missed last season with a torn ACL that was suffered last spring. In 2015, Adrian Baker played in 13 games for the Tigers, starting 3 games, and racking up 15 tackles and two interceptions. His career highlight was an interception in a win over Florida State in the 2015 season.

Head coach Mike Gundy is clearly pumped about this pick up.

Pistols Firing from Clemson, SC! Great addition to the family! Another game changer in the program. #GoPokes #okstate pic.twitter.com/e9X1RxOHqB

On Tuesday we released our article on 5 things to watch for in the Oklahoma State spring game, and atop the list was the cornerback position.

With Ramon Richards moving to safety, there is an extreme lack of experience at the cornerback position in Stillwater. In the pass-happy Big 12 conference, that’s not a good thing.

Baker will get a chance, and likely will, see immediately playing time. Oklahoma State’s offense is loaded, and one of the only things holding back this team from making a serious run at the Big 12 title and a potential College Football Playoff bid is the defense, most notably the secondary.

In high school, Baker was a 3-star prospect out of Hallandale, Florida, who was ranked as the 39th best cornerback in the nation. He chose Clemson over offers from Auburn, Florida State, Georgia, Mississippi State, Nebraska and several others.