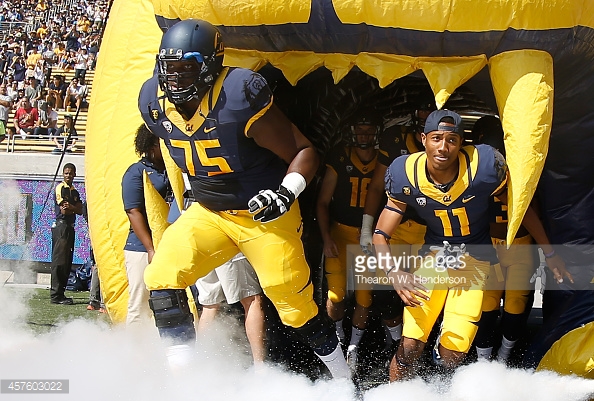 Glad to say that I’ll be continuing my collegiate football career at Oklahoma State University! #GoPokes

Cochran is 6-foot-8, 350-pound left tackle from California, who is also a graduate transfer, meaning he will be immediately eligible to play this fall.

Aaron Cochran played in 28 games the past 3 seasons, while getting 16 starts.

Cochran is expected to be the answer for Oklahoma State at left tackle following the departure of Victor Salako, a second-team All-Big 12 selection in 2016.

Here is what Cochran had to say to ESPN’s Jake Trotter:

Cochran on picking Oklahoma State: “I loved the environment, loved the school. I like what’s going on there. I want to be a part of it.”

This offensive line should be drastically improved from its struggles just a couple years ago, giving Mason Rudolph, James Washington, Justice Hill and company even more protection in what could be an incredibly explosive season for this offense.

While many are starting to compare this season to the 2011 Oklahoma State team led by Brandon Weeden and Justin Blackmon, the offense may be just as good, but there are still question marks on defense. While Adrian Baker helps the secondary, the cornerback position in particular has a ton of inexperience.

Regardless, it’s shaping up to be a fun season in Stillwater.