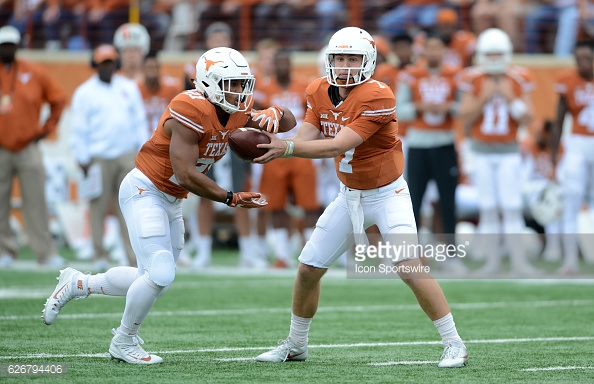 With an expected increase in touches for this group, Texas will look for some reliable targets to help out their young quarterbacks on check down passes or in the red zone. Senior Andrew Beck will try to be that go to guy at tight end but his strong suit is in run blocking and this new offense needs someone who can not only block, but catch the football as well. With redshirt freshman Peyton Aucoin (also a run blocker at 6’5 250) dealing with a shoulder injury and Garret Gray learning the position (moved to TE from WR), Beck looks to be the only option the Longhorns have. Unfortunately he re-injured his foot and will miss the rest of spring.

Keep in mind Texas did sign Syracuse grad transfer Kendall Moore, but he won’t be on campus until the summer. Texas also took a big hit when 2017 tight end signee Reese Leitao had run in with the law (facing a felony charge for possession of a controlled substance with the intent to distribute within 1,000 feet of a school). Leitao has a court date on April 18th but unless those charges are reduced, don’t expect to see him make it to campus. This group is extremely thin right now and looks like some walk-ons will see some action in the Texas spring game.