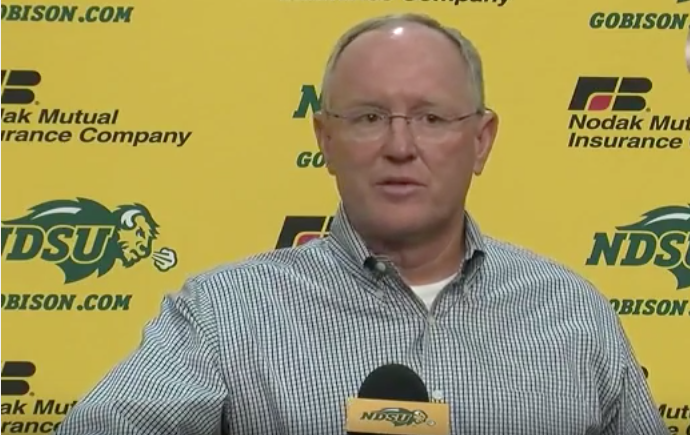 Taylor will replace John Currie, who left to be athletic director at Tennessee.

Taylor has been a deputy athletic director at Iowa since 2014, where he was responsible for administrative oversight for the day-to-day operations of the department, as well as its finances and human resources operations.

Prior to that, he was North Dakota State’s athletic director for 13 years and spent 15 years in different roles at Navy.

While at NDSU, Taylor helped lead the school from Division II to Division I. Taylor also helped build and form the Great West Football Conference. The Bison had a ton of football success under Taylor. They won three straight FCS football national championships from 2011-13.

Meantime, one of John Currie’s strengths at Kansas State was fundraising. Well, Gene Taylor is good at that as well. During his time at North Dakota State, the school’s athletic department budget tripled from $5 million in his first year to $15 million under his watch.

“Throughout the process, Gene’s experience as an athletics director and his national reputation as a respected leader and someone who has built and maintained tremendous relationships with his staff, coaches, student-athletes and donors stood out in what was an extremely talented pool of candidates.”

One of the biggest questions that will eventually be on Taylor’s desk: how and who replaces Bill Snyder? The head coach has plans to coach this fall and isn’t slowing down. He recently won his battle with cancer (are you surprised?) and insists he’s as dedicated as he’s ever been.

But Snyder will be 78 years old this fall, and it is a major topic that will eventually be addressed.

Either way, this seems like a home run hire for Kansas State in terms of experience and regional roots.