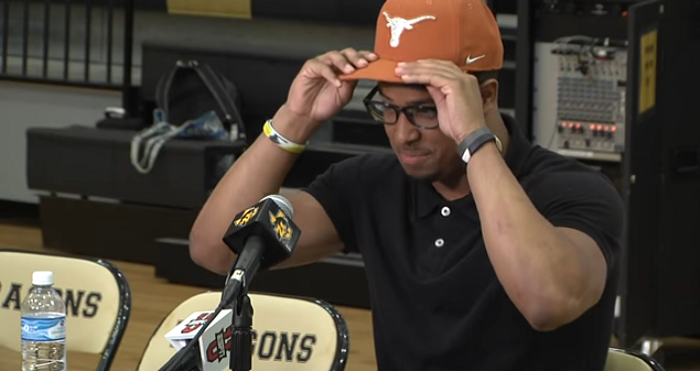 In a move that many people felt was long overdue, the NCAA Division I Council approved an early signing period for football on Friday.

DI Council allows early football signing period and coaches to recruit at camps and clinics, but restricts when and where they can occur. pic.twitter.com/tmL8aZcciB

With these news new rules, there would be a 72-hour signing period for high school seniors beginning on the third Wednesday in December. The early February signing period would remain as is, which has traditionally been the first Wednesday of that month.

The new dates in late December have been the same period that was previously reserved for JUCO transfers.

Of course, this is only an option for recruits, they can wait until National Signing Day in February.

The idea here is to relieve pressure on recruits throughout the recruiting process while, lessening third-party influence.

Now this isn’t totally a done deal. The Collegiate Commissioners Association, which governs the National Letter of Intent program, must also sign off on the change before it can take effect.

All in all, it’s a fantastic move by the NCAA. Over the last few years the gap has only grown between the “haves” and the “have nots”. So an early signing period allows schools like Kansas, Iowa State and others across the country to try and lock up some of their top recruits before the blue bloods come after them late in the recruiting cycle.

The rules are as such where the Alabama’s, Oklahoma’s, and Ohio State’s of the world have most of the advantages. If this can give a bit of help to the “little guy” in the cut-throat world of college football recruiting, I’m all for it.