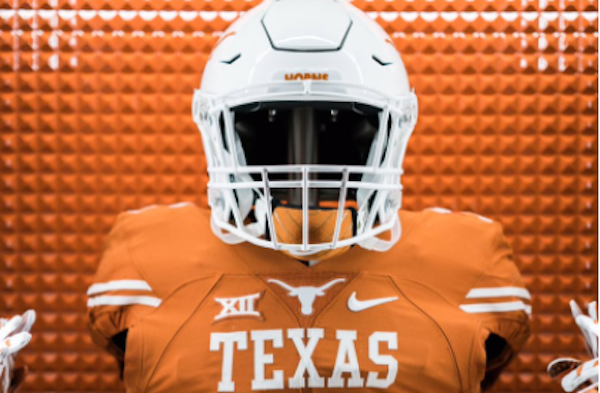 Everything is bigger in Texas. Apparently that’s the case with the new Texas lockers as well.

Fox Sports’ Bruce Feldman posted this tweet on the new 43-inch TVs that are in every locker of Texas Longhorns players.

Kudos to the kids. But I’m not going to lie, it was quite disheartening when I realized the biggest TV in my house was “only” 42 inches. Meaning every 18-year-old Longhorns player will walk into the locker room, head to his locker, and have a bigger television than I’ve ever owned.

As Feldman noted, the locker doors also glow. This all adds up to a cost of $10,500 per locker.

Here is some video from Bob Shipley, the Director of HS relations of Texas football.

New lockers are unfreakingbelievable. Each locker has 43″ monitor instead of name plate. #ThisisTexas#revolution18pic.twitter.com/qeaI1TU8to

Despite being the nation’s richest athletic program, Texas had recently fallen behind in the never-ending arms race that is college football upgrades to facilities, locker rooms, and stadiums.

So these new Texas lockers are just the beginning of what Tom Herman hopes are continued upgrades to various parts of the football program and athletic facilities.

Now as for on the field, Herman’s job is a bit tougher is a problem that you can’t just throw money at (or can you….?). The Longhorns are looking to turn around from 3 seasons of disappointment under Charlie Strong that resulted in a 16-21 record, with last year’s loss to Kansas coming as a lowlight.

Oh yea, and there were plenty of Twitter mentions to Bruce Feldman and others about the Kansas game. Ugh… Longhorns fans can’t wait to get that one back this fall.