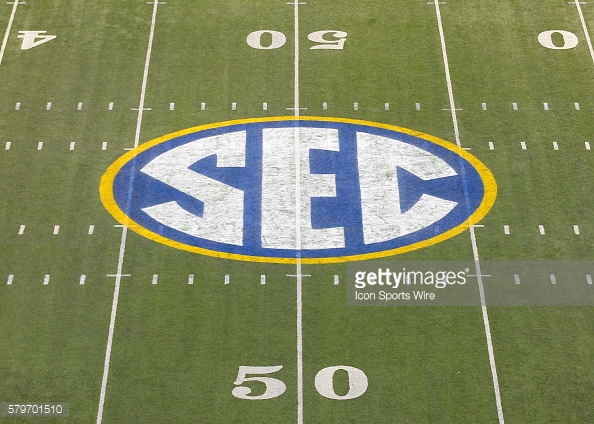 In a new study done by the folks over at Gridiron Now, the SEC will play the most FCS opponents of any Power 5 conference, for the 3rd time in 4 years.

The SEC has 14 games against FCS opponents, with each league member playing one.

Other notes about the Big 12 scheduling include that Oklahoma, Oklahoma State and Texas are the only schools without an FCS team on the schedule.

All in all, the Big 12 is being carried by a couple of usual suspects in Oklahoma and Texas, who play really solid non-conference games. Also, one of the sneaky impressive non-conference schedules in the Big 12 is Texas Tech. The Red Raiders play a really good FCS opponent in Eastern Washington, then Power 5 Arizona State, and a quality Houston program. It’s not murderer’s row, but it’s pretty darn good.

Of course the SEC continues to do it’s thing where the conference goes around touting how good and deep of a conference it is like it’s still 2007.

That’s the SEC’s formula. Thankfully, most people are catching onto it … out of SEC fans, and, of course, ESPN.