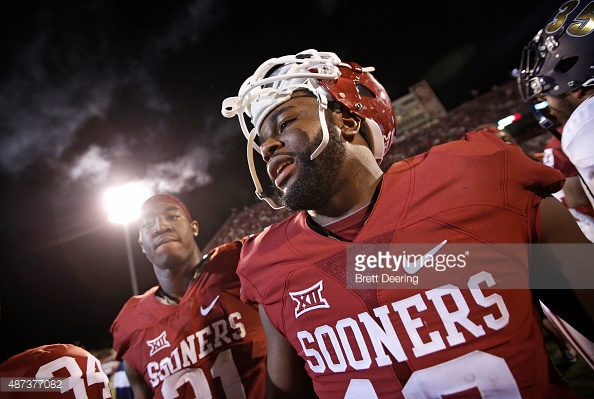 Head coach Bob Stoops made the announcement on Thursday, saying, “Eric’s going to do a great job for us. Kinda helping us on the defensive side with recruits and their families when they’re here, those kinds of things.”

Strike has been on the staff for a couple of months. He has been working towards a Master’s degree and was hired as a graduate assistant in the University’s student life office.

Striker is just a year removed from wrapping up an All-American career with the Sooners. He went undrafted in the 2016 NFL Draft, but was signed by the Buffalo Bills. Unfortunately, he was waived by the Bills before the season started.

He made 191 tackles, including 46.5 tackles for loss and 23 sacks over his career in Norman.

Another one of the many perks Bob Stoops sees in adding Striker include, “Eric’s a guy that, again, I think that young people relate to and will be great with families as well. So anyway, we’re excited to have him in our office.”