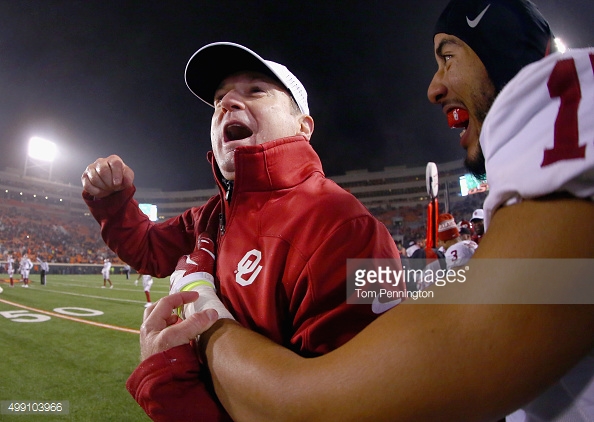 Texas has been forever known as one of the primetime high school football states in America. Not only is it one of most populated states in the U.S., but it is also rabid about its high school ball. In a new report from Rivals, the Oklahoma Sooners are the out-of-state program that has best recruited the Lone Star State.

Team # of four, five-star recruits from Texas since 2012

So, the Sooners are in control, but this gap can really start to close over the next couple of years as Alabama, LSU and the rest of the SEC continues to find inroads into the state of Texas. Also, Urban Meyer and Ohio State struck out in Texas in 2015 and 2016, but rebounded in a big way in 2017 with five-stars Jeffrey Okudah and Baron Browning and four-star running back J.K. Dobbins.

For the record, Oklahoma State was just outside the top five with six four or five-star players from the state of Texas.

There’s little doubt that more teams and conferences will continue to try and infiltrate the Lone Star State, and the Big 12 needs to continue to defend its turf as best as possible.

As for the in-state schools, despite Texas’ struggles, the Longhorns have still recruited the most four or five-star players since 2012 with 56 players. Texas A&M is second with 51, and then the other 3 Big 12 teams in Texas are in a battle for a very distant third place. Baylor has signed 14 such players, TCU has landed 10 and Texas Tech has brought in 8 four of five-star prospects in the last 5 years.