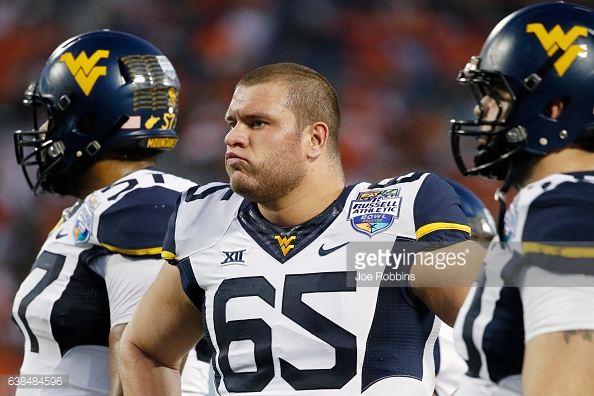 With the NFL Draft right around the corner, we caught up with former West Virginia Mountaineers center Tyler Orlosky as he prepares to hear his name announced later this weekend. Orlosky talked about the most difficult part of the entire draft process, what scouts have told him they enjoy most about his game, and what his plans are for the upcoming few days.

Plus, we looked back on his career with the Mountaineers, along with what it was like playing for Dana Holgorsen and what we can expect from incoming quarterback Will Grier.

Lastly, we asked Orlosky what his favorite moments were in Morgantown and what advice has he given to the younger players heading into the 2017 season?