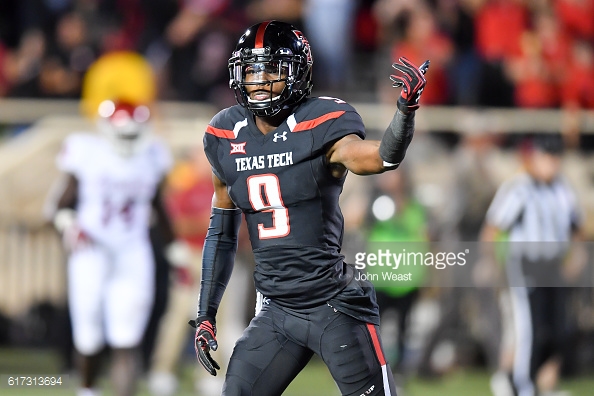 In another blow to the Texas Tech football program, the team’s 2016 leading receiver Jonathan Giles announced on Twitter Friday he intends to transfer from the University.

Giles finished 4th in the Big 12 in receiving yards. He caught a team-high 69 passes for 1,158 yards and 13 touchdowns last season, and was named to The Associated Press’ second-team All-Big 12 team. Giles was a quarterback in high school and really turned things on his sophomore season after he caught 15 passes for 143 yards and three TDs as a true freshman in 2015.

The 6-foot, 196-pound player is the second starter in the last few months to announce he’s transferring. Defensive lineman Breiden Fehoko, who was a two-year starter, recently decided he was going to transfer to LSU.

In what was a strange retweet by Jonathan Giles, the wide receiver went ahead and clearly took a dig at his former program.

There is something terribly wrong with the Tech football program after the @_JonathanGiles transfer. Great player, best of luck to him.

Now maybe we are overreacting since the wide receiver position is one of the only position groups to not worry about in Lubbock. The Red Raiders do return their next three top receivers from last season with Keke Coutee, Dylan Cantrell and Cameron Batson, and word is, Giles had been sliding down the depth chart.

Regardless, this is not good news for the Texas Tech football program. Kliff Kingsbury and his staff needs all the help it can get as they head into a 2017 season where the program needs to at least show incremental improvement to justify keeping everyone around for 2018.