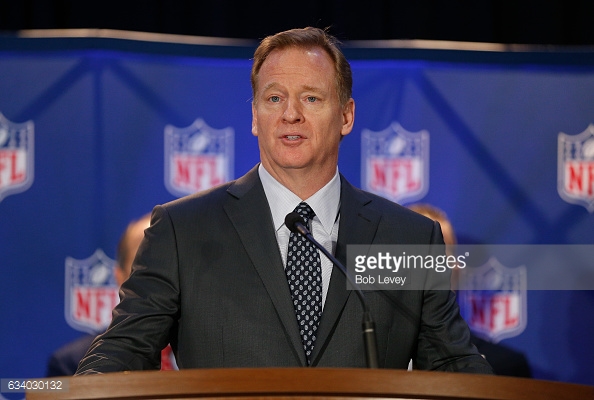 Well, the NFL Draft is in the books and the Big 12 had a horrible week. There’s just no way around it.

Here are the number of players selected by each conference:

To give this some context, and to explain why this isn’t just a one-year fluke, here are some tidbits for you: The Big 12’s 14 players draft were the fewest since the conference formed from the merger of the Southwest Conference and Big Eight in 1996. Last year the Big 12 had 26 picks, and the previous low was 17 in 2014.

Now if you want a larger sample size, let’s take the years 2005-2015, which included some really good Big 12 teams, and included Texas when it was a quality program under Mack Brown and churned out several pros.

Even if you factor in that the Big 12 has less teams than the other conferences, the numbers aren’t all that close.

There is no excuse for the Big 12 to have such disappointing results in the NFL Draft. Sure, Oklahoma beats SEC teams when they play them. Who cares? That doesn’t solve the problem that the Big 12 is facing. Is some of it perception versus reality? I’m sure there is some SEC bias there that general managers and scouts have, but it’s not drastic enough to create the numbers we are seeing.

SB Nation’s Michael Bird put together this great piece explaining how the Big 12 should be so much more dominant than it is, based on the recruits in Texas alone:

There is roughly as much talent in the traditional Big Ten footprint (Ohio, Pennsylvania, Michigan, Indiana, Illinois, Wisconsin, Iowa, and Minnesota) as there is in Texas by itself. Those eight states combined to produce 238 blue-chips in the last five recruiting classes. Texas produced 229 by itself.

I’ve addressed it several times on the site and in our podcasts that the Big 12 needs to get back to owning Texas. Ohio State, Michigan and the SEC West have infiltrated the state and starting taking some of the top players.

It’s also why last year when Big 12 expansion was being discussed, I suggested adding Houston and SMU, with the idea being to lock down Texas. By propping up Houston and SMU, sure there could be collateral damage that might hurt a Texas or Oklahoma, if they lose out on a recruit or two, but I felt it would unify the schools in the Heartland and fight off the SEC and Big Ten.

Meantime, some of the old Big 12 North schools are taking different paths to (hopefully) some more success. Iowa State’s Matt Campbell has ties to the Midwest and Ohio Valley, where he has heavily recruited. While Kansas’ David Beaty is focused on many big names in Louisiana, thanks to associate head coach Tony Hull. Also, Bob Stoops has taken a more national approach with Oklahoma.

One of the linchpins to this entire thought process is getting the Texas Longhorns to improve drastically, and improve ASAP.

There would be a domino effect that would take place if the Longhorns get back to national relevancy.

First off, the top recruits would, once again, actually be interested in going to play at UT. A steady influx of top recruits and winning would filter its way down to the rest of the Big 12. Suddenly, kids who either don’t get offered by Texas will have a chip on their shoulders and want to play against Texas. That will give a nice boost to Texas Tech, TCU, Baylor and others around the conference for recruits who also want to stay close to home. Better recruits will lead to a better Big 12 product, and then in theory, lead to more NFL Draft picks coming from the conference.

It’s obviously not ideal for a conference to be so reliant on one school, but it’s the reality, and it’s not that unusual. The SEC has been living off of Alabama for the last 5+ years. Plus, don’t forget it was just a couple years ago we were talking about the lack of athletes and a boring, slow style of play in the Big Ten. The conference was based in states that were losing population and its powerhouses were down. But two hires later with Urban Meyer and Jim Harbaugh, along with some sharp business moves, and the Big Ten is as healthy as it’s been in a generation.

So it’s not impossible for the Big 12 to turn the tide, but it’d be best for it to happen ASAP. The conference needs it.