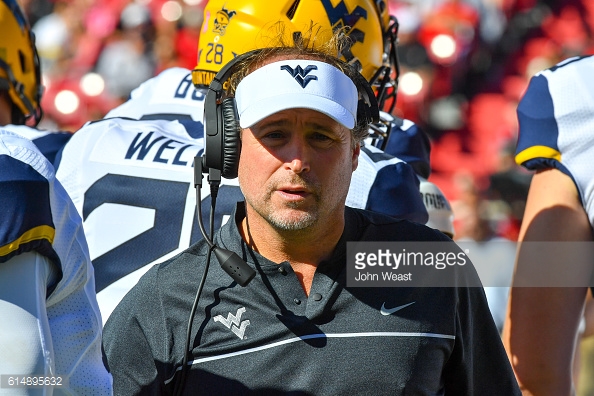 Dana Holgorsen is the man. There’s no other way to say it.

I had the chance to meet him last week at Sports Illustrated, one of the media outlets I work for. He was personable, funny and just a nice guy. (side note: he said he would come on our podcast this summer, so be on the lookout!).

Anyway, Holgorsen was at the Mountaineer Athletic Club’s Coach’s Caravan last night in Parkersburg, West Virginia, where he dropped this bomb a Virginia Tech fan who apparently worked his way into the event.

The Mountaineers will play Virginia Tech in the 2017 season opener on Sunday, September 3 at FedEx Field in Hyattsville, MD. The game will air at 7:30 PM ET on ABC.

Now typically, I’ll write up a full game preview a few days before the game, but I am not sure I’ll have to do that for this game. I’ll just write “Virginia Tech has no damn chance”, and that will be that. It should save me some time as well.

I know Dana Holgorsen just got a contract extension, but is it too early to ask to give him another?