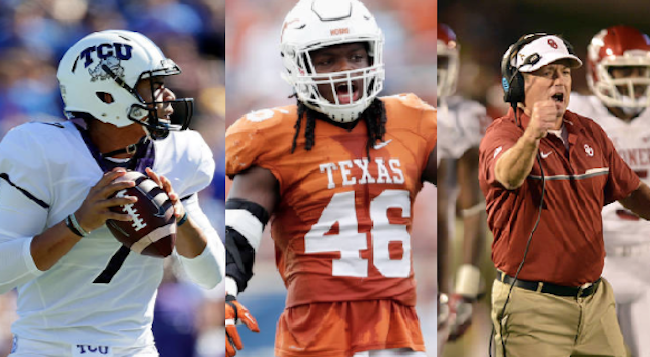 Money drives everything in college sports today. Hell, Nick Saban is now making $11 million this year. Programs are richer than they’ve ever been, and there’s pressure on football to make enough money to cover all other sports in the athletic department.

These numbers obtained were from July 2015 to June 2016, so it’s basically the 2015 college football season.

TCU came in at #24 at $52 million in revenues. Thanks to its move to the Big 12, the Horned Frogs are making more money than ever. As Penn Live notes, TCU wasn’t even in the top 40 of profits six years ago when it was still in the Mountain West.

The other two Big 12 programs ranked in the Top 10.

Then in the #1 spot, a Big 12 team: The Texas Longhorns. Texas grossed $127.5 million in revenues, which is over $20 million more than the #2 program, the Tennessee Volunteers. The credit goes to a wealthy donor and alumni base, combined things like the Longhorn Network. UT also knows how to do the most with their money, having profits of over $97 million, which is tens of millions ahead of the next program in line.

Seeing Texas and Oklahoma in the Top 6 is not at all surprising. But TCU in the Top 25 richest college football programs, as the only other Big 12 team ranked, was. But the Horned Frogs are a private university with a wealthy group of alumni who can spend more on things like luxury boxes. Plus, being new to the Big 12 likely peaked the interest of fans who were willing to spend significantly more than in the Mountain West days.