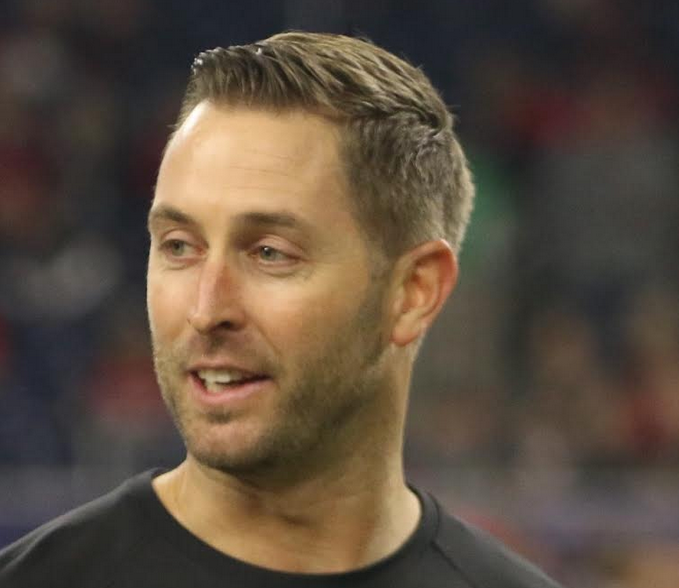 As Texas Tech suffers the loss of another player to transfer, Kliff Kingsbury is once getting questioned and criticized by an understandably agitated fan base.

The latest to defect is wide receiver Tony Brown, who had 27 catches and one touchdown over two seasons. Brown becomes the 9th of 19 high school players recruited in the class of 2015 to leave the program. Two high-profile players from the class announced their decisions in the last few months. First was defensive tackle Breiden Fehoko, then more recently, wide receiver Jonathan Giles.

With Kliff Kingsbury entering his 5th season at Texas Tech and coming off a disappointing 5-7 season, despite having a quarterback that was drafted 10th overall in the NFL Draft, angst continues to build in Lubbock.

But is it all fair and warranted? No.

Kingsbury can certainly be knocked for being unable to field a defense over his 4 seasons at Tech. Coincidentally, his best season came in 2013 (8-5), his first, when his team had its best defense. Since then, it’s been mostly downhill.

But one thing Kingsbury is not going to do is make promises that aren’t warranted or that he can’t, and shouldn’t, keep.

As Lindsay Schnell noted in this 2014 Sports Illustrated piece, Kingsbury’s public perception is far different from who he really is. One of Kingsbury’s best friends, Thomas Wheat, told Schnell, “This pretty boy stuff, it’s just comical. He’s so much more than that.” Words like “old school” and “recluse” are used to described Kingsbury by close friends and family.

Don’t forget, Kliff Kingsbury is the son of a Vietnam veteran who was a 26-year high school head coach in Texas. This is a no-BS guy. He lost his mother to cancer at the age of 26. He has suffered and knows real pain.

For some reason, this is how we think as fans or media members: You get a scruffy defense-first head coach, and he’s magically viewed as a hard ass. But for some reason, if the head coach is an offensive mind who uses the spread, while struggling on defense, he’s seen as soft. Throw in the fact that Kingsbury is barely into his late 30’s, and looks like Ryan Gosling, and the entire script gets poorly written as to who Kliff Kingsbury is.

In people I’ve spoken to, because of his upbringing and life experiences, Kliff Kingsbury doesn’t care who you are, he isn’t catering to some players over others. Maybe that’s hurt him in cases like Baker Mayfield. According to a couple of whispers we heard, Mayfield wanted Kingsbury to name him starter after the quarterback struggled mightily in a 41-16 loss to Texas to end the 2013 season (24-44, 237 yards and one interception). Kingsbury reportedly told Mayfield it was an open competition, which led to his eventual transfer.

Don’t forget Kliff Kingsbury also kicked Dakota Allen off the team in the 2016 offseason for an off-field incident. Allen had a breakout freshman season in 2015, but he was forced to eat his slice of humble pie and went to East Mississippi C.C.. Then, Kingsbury welcomed him back as part of this recent recruiting class. Lesson learned? Kingsbury hopes so.

While we have no insight on what led to some of the recent transfers, the fact that Kingsbury does not appear to be succumbing to players’ wants and wishes, despite the on-field struggles, points to his high character.

The Texas Tech head coach has to know he’s on a seat that if it isn’t “hot”, it’s sure as well warming up. But to maintain his program’s authenticity and credibility throughout all this is admirable.

Remember this as well Tech fans, you hired Kingsbury when he was 33 years old. You can’t do that without understanding there will be growing pains. Kingsbury was about 10 years ahead of schedule and had only been coaching at the college football ranks for 5 years. That’s nothing.

I’m not saying Kingsbury’s job should be entirely safe. But these recent transfers don’t bother me much. As long as Kingsbury’s staying true to who he is and is working through the growing pains as a head coach, Tech should hang in there for a bit longer.

Now it’s just time to get that defense improving… or at least on the right track.