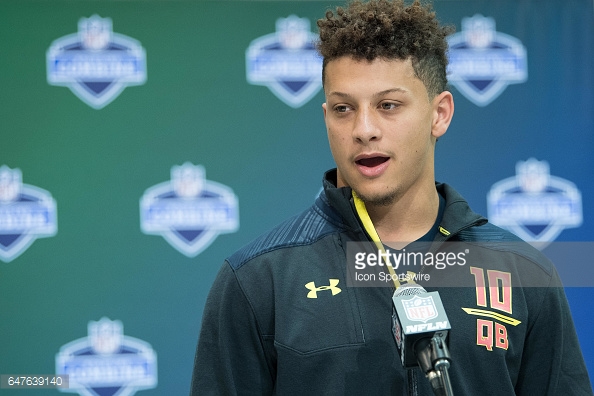 Mahomes and three others were reportedly robbed at gunpoint in Smith County on May 12.

According to the police report:

Smith County Sheriff’s deputies were dispatched to a residence located in the 8800 block of Mansion Creek Circle in reference to an Aggravated Robbery.

Upon arrival deputies met with four individuals who stated that they had been robbed by a white male suspect who they believed to be armed with a handgun. One of the individuals robbed was Mr. Patrick Mahomes II.

As the victims were getting out of their vehicle, the suspect pulled into the driveway.

As the suspect approached the victims, he was seen gesturing as if he had a handgun in his waistband. The suspect then demanded property from the victims.

The suspect fled the location in his vehicle.

No one was injured in the robbery.

The police were able to later track down two suspects in the vehicle that was provided by the victims.

Michael Blake Pinkerton, 34, and Billy Ray Johnson, 58, were both arrested and taken to the Smith County, Texas Jail.

Property taken during the robbery was recovered from the suspect’s vehicle.

According to Smith County records, Johnson was arrested for tampering and fabricating physical evidence with intent to impair and two counts of possession of a controlled substance and is being held on a $6,000 bond.

Pinkerton was booked into the Smith County jail on Saturday morning for aggravated robbery and is being held on $50,000 bond. Pinkerton has a criminal record in Smith County back to 2007.

Thankfully Mahomes is okay and we wish him nothing but the best moving forward.

Texas makes it five straight days with a commitment as they added their third five-star recruit of the week, this time by...