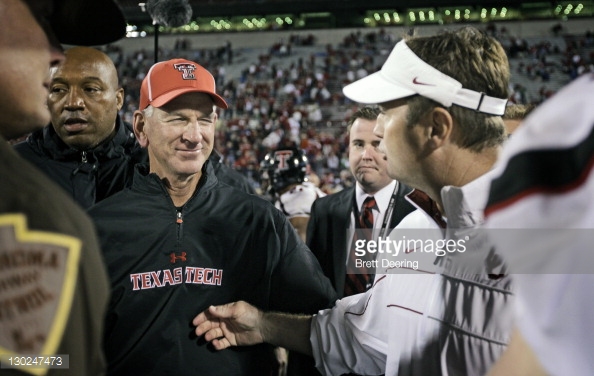 Tommy Tuberville has never been one to mince his words. In fact, he was considering a run for Alabama Governor, which he recently decided against. So it seems like he’s passing his time by going on radio shows and … taking digs at Lubbock, Texas?

“You run me off at Auburn and you ship me to Lubbock, Texas,” Tuberville told the Rick and Bubba radio show in Alabama. “I’m going to tell you what, that’s like going to Siberia. Somebody asked me, ‘What’s Lubbock look like?’ It looked like Iraq.”

Now, while Tuberville was no fan of the scenery in Lubbock, he did go on to say, he “love(s) those people out there.”

Still, this one has to sting Texas Tech fans quite a bit, especially considering the way things ended in Lubbock with Tuberville. If you recall, the University and fan base was blindsided when he walked out of a dinner with a recruit to take a call confirming he had become the next head coach at the University of Cincinnati.

Tuberville went 29-22 in his 3 seasons at Tech before heading to Cincinnati to replace Butch Jones, who left for the opening at Tennessee.