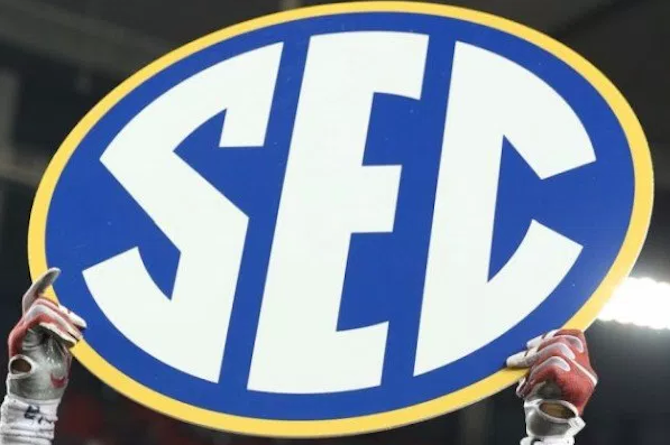 Have you ever heard that old saying that “seeing is believing”? This a perfect phrase to describe SEC football. What many to believe to be the best college football conference in the nation, may not be as flawless as you think. When you have guys like Paul Finebaum aka “The mouth of the south”, jibber jabber all day long about how great the SEC is, unfortunately some people just believe whatever he has to say. When it really comes down to it, is the SEC actually the best conference in college football? While Finebaum and other media outlets will say yes, let’s see what the stats have to say about that. Like the rapper Yo Gotti once said, “women lie, men lie but numbers don’t lie”. So let’s take a look at the numbers and find out if Paul Finebaum has been blowing smoke.

There is no doubt that the SEC east is the little brother of the SEC west. Currently the SEC west has an 8 year win streak over the east and that doesn’t look like it will change anytime soon. Also don’t forget the fact that not only are the offenses horrific in this division, but that only 2 teams had a top 60 overall defense is pathetic. I find it strange that Mark Stoops and Butch Jones have the longest tenure at their schools and both have only been there since the 2013 season. Are the rest of the programs that bad or is the coaching just that pathetic where schools are changing coaches more than people change their own socks? Florida has one of the worst offenses in the entire country and yet they will enter the 2017 season as the back to back SEC east champions looking to make it three straight. This division is an absolute JOKE.

Do I really need to say anything about Alabama? They have been carrying the SEC on its back for the past 3 seasons. Since 2011 they are the only SEC school to win a title (3 of them in fact). They have won 4 out of the last 5 SEC championships and have been the only SEC school represented in the college football playoffs (2014-present).

There was really no need for me to summarize the SEC West in words because Alabama has been dominating that division so badly. If you think about it, just about every coach in the SEC West is on the hot seat right now besides Nick Saban. You want to brag about how good the SEC is when half of the coaches are on the hot seat? Give me a break people, seriously. Please tell me again how good the SEC is because they had 53 players drafted in the 2017 NFL draft, yet the SEC went a combined 6-6 during bowl season (3rd out of the power 5).  Those stats tell me that while the SEC has extremely talented players, they underachieve as a group. Just because you have the most talented players, that does not necessarily make you the best team or conference, etc. If that was the case then we would just hand the trophy to Alabama at the beginning of the year and call it a season.

CBS Sports recently released a poll of the top head coaches in college football. Only 2 SEC coaches cracked the top 20 (Saban #1 and Malzahn #19). You can say all you want that you have the best players, but you also have some of the worst head coaches in the power 5 schools. If you need any more proof that the SEC isn’t the best conference in college football, just take a look at the final rankings (AP poll). Only ONE SEC School was able to make it into the top 12 teams (Alabama at #2). In that same frame, the Big 10 had 4, the Big 12 had 2, the Pac-12 had 3 and the ACC had 2. Alabama is like the Golden State Warriors and the Cleveland Cavilers when it comes to their respective NBA conferences. There is an enormous gap between them and the next best team in their conference. Just because the SEC has been dominating the NFL draft the past few years, the production on the field has been sub-par if you aren’t named Alabama.

Those are the facts, Mr. Finebaum.