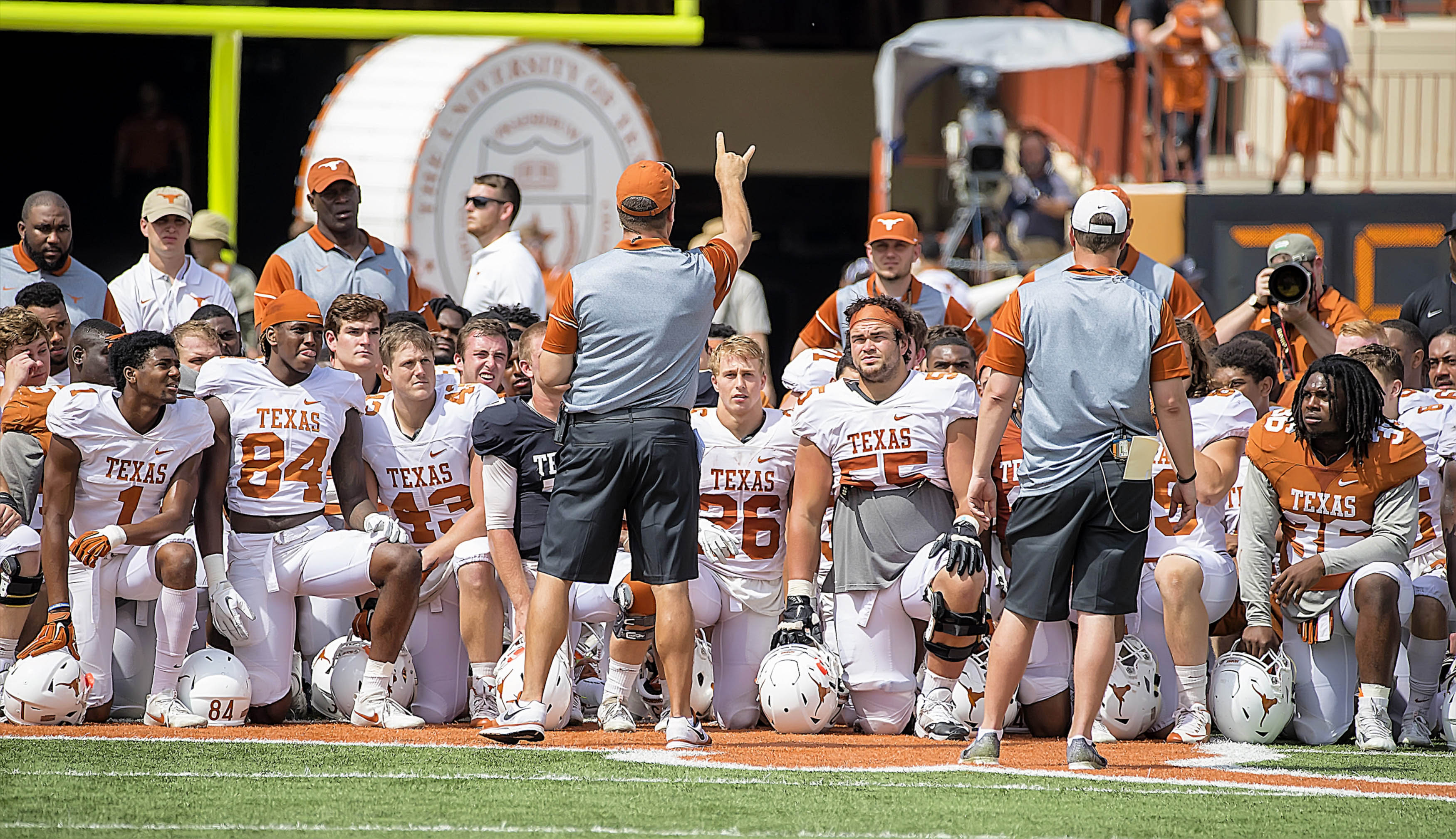 After a mediocre (by Texas standards) 2017 recruiting class under new head coach Tom Herman, the Texas head coach vowed to impress with his 2018 class. Well, he has, landing his first ever five-star recruit at Texas in safety BJ Foster.

At his National Signing Day press conference in February, Herman said, “That has to be our mission is to keep the best players in the state of Texas in the state of Texas. We’re well on our way, and our relationships with the high school coaches is phenomenal, paying great dividends. We’ve already started building really quality relationships with a bunch of the top players in the 2018 class.”

Herman can check off multiple boxes after landing the top safety in the class of 2018, who also happens to be from Texas (Angleton). He picked Texas over offers from Ohio State, Michigan, LSU and TCU.

BJ Foster also becomes the highest-ranked player to commit to Texas since linebacker Malik Jefferson in 2018.

With Foster’s commitment, Texas now joins Miami, Ohio State, Penn State and LSU in the top 5 recruiting rankings in the country, according to Rivals.

Foster is reported to also have a great reputation in the Houston area, with the idea being he can help Texas land some of the other recruits from the talent-rich region.

We’ve discussed many times how vital it is for the Big 12, but specifically and starting with Texas, to keep some of the best players in the state and in the conference. Too often in recent years, due to conference realignment and other factors, the best players in Texas have chosen SEC West schools or powerhouses like Ohio State, Florida State and others.

Foster joins other top prospects out of Texas in defensive back DeMarvion Overshown and running back Keaontay Ingram to join the Longhorns in recent weeks. In fact, 7 of Texas’ 11 commits are from the Lone Star State, and two more are from Oklahoma.

Yes, it’s an exciting time for Texas fans, but let’s not forget we’ve seen this script before, under both Mack Brown and Charlie Strong. Big-name recruits and high expectations leading to mediocre results.

Ultimately it will come down to what Tom Herman can do with this group on the field.

But often times in college football, recruiting is half the battle. With Herman and his staff keeping top prospects like BJ Foster in state, the future is only looking brighter for the Longhorns, and as a result, the entire Big 12 conference.