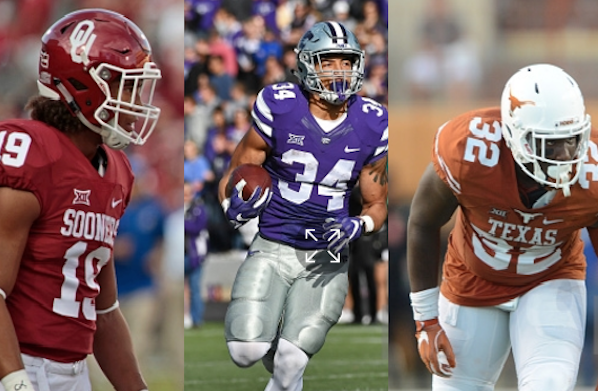 Just like every college football season comes and goes, the same things happen to the players. We see new faces every single year as well as seeing the old ones go. What makes college football great? It’s simple, the atmosphere, the traditions, the fans and most importantly the players. The players are the ones that make this all possible. One of the most exciting things in football is when you see a player breakout before your very own eyes. A guy that was an underdog, somebody who you didn’t expect much from going into the season, makes a name for himself during the season. So, here are the 2017 Big 12 breakout players for every team in the conference.

Since RGIII, Baylor has enjoyed a plethora of outstanding quarterbacks. From Nick Florence to Bryce Petty to Seth Russell and the next man up will be Zach Smith. Due to Seth Russell being injured, Smith was forced into action earlier than expected and he most defiantly raised some eyebrows. Smith completed 59.2 % of his passes and threw for 13 scores on 7 interceptions. While these may not be mind boggling stats, remember all the turmoil Baylor was dealing with during last season. Just go back and watch some of the highlights from the Cactus Bowl against Boise State (who had an outstanding defense). Smith shredded the Bronco defense throwing for 375 yards and 3 touchdowns. It is very possible that he showed us just a glimpse of what we can expect of him for 2017.