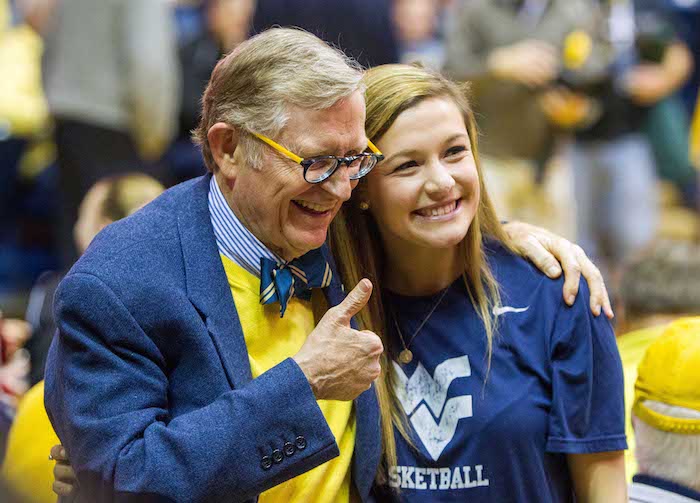 As good a frontman as David Boren was for the Big 12 conference, he was a grandstander. Welcoming Gordon Gee as a new face of the Big 12 was the best move the conference could have made.

Just last month, Boren was fielding questions, and feeding the beast, when asked about Oklahoma bolting for a different conference, saying, “I think it’s very important for us to always have the possibility of making a move if we want to, but I assure you that we don’t have any plans to make a move.”

The second part of his statement was contradicted by the first part.

Boren went on to add, “I’ve been thinking three or four or five years down the road if there’s any need to make a change, but I haven’t wanted us to extend our grant of rights by 20 years or something like that so that OU would have no choices.”

Stop. Just stop. When the guy who is the Big 12 chairman readily admits to wondering what the long-term future is of your conference, there’s a problem.

Enter, Gordon Gee. The new Big 12 chairman. The timing and fit could not be better for this conference.

First off, there is no school more grateful to be in the Big 12 than West Virginia. With the implosion of the Big East a few years ago, the Mountaineers may have very well been stuck in the AAC with Cincinnati and UConn, had things not broke their way. That’s the difference in tens of millions per dollars of revenue per academic year.

On top of that, Gee is one of the most respected and experienced Presidents in the country. He’s in his second stint as President at WVU, and has led universities for over 30 years. He also had two stints as Ohio State’s president, along with stops at Colorado (1985-90), Brown (1998-2000) and Vanderbilt (2001-07).

David Boren was an Oklahoman through and through, with little to no professional experience outside the Sooner State, spending the majority of his career in politics as the Governor and then U.S. Senator. Gee brings a more diverse background, and his experiences at an elite athletic university like Ohio State, combined with top-notch academic institution like Vanderbilt, is invaluable for the Big 12 moving forward.

Gordon Gee also doesn’t seem like the type who likes to hear himself talk, unlike Boren, who seemed to enjoy the sound of his own voice. It was especially heartwarming when the Oklahoma President recently said, “I wouldn’t write the Big 12 off yet.” Wow, good thing the Big 12 chairman doesn’t think the conference he’s helping run isn’t dead … YET!

One of the biggest issues facing the Big 12 moving forward is its TV rights, which expire in 2025 and the fact that the conference does not have a conference network. Now as has been noted, that may not be a bad thing, as it’s been a failure for the Pac-12, and it remains to be seen what an ACC Network will look like, while the Big 12 has had success with its third-tier rights for each University.

But just last month it was Boren who took a jab at the Longhorn Network, while looking back instead of looking ahead, when he said, “It’s [The Big 12] had its struggles and obviously our losing the opportunity or letting the opportunity pass us by to have had a network when, back at the time, the networks would’ve been anxious to have us.”

Meantime, let’s look at Gee’s approach to the television distribution moving forward, where he told the Charleston Gazette-Mail, “Of course, we value our partnerships with ESPN and Fox, but I think they themselves will be looking at how to digitize and present different platforms. We also have to be realistic that Amazon and Google are taking significant new roles. I think the rules are going to change dramatically over the next five to eight years.”

That’s the approach the Big 12 needs to take and have. It’s very possible that by 2025 Netflix, Amazon, YouTube and others could be bidding on sports rights. ESPN is in a free fall and remains hampered by its amount of money tied up in sports rights fees, most notably the $24 billion deal with the NBA, while still losing subscribers.

Over the past 10 years, the Big 12 has always found itself chasing other conferences on issues like expansion/realignment, contracts, championship games, and more.

Gordon Gee may not be the demographic (73 years old) that one would think of as being on the cutting edge of technological advancements, but it’s clear he understands the important of adjusting to a rapidly changing media marketplace, while not looking in the rearview mirror.

Also, he’s not going to consistently yap about Big 12 implosion. If nothing else, that’s a win for the conference moving forward.