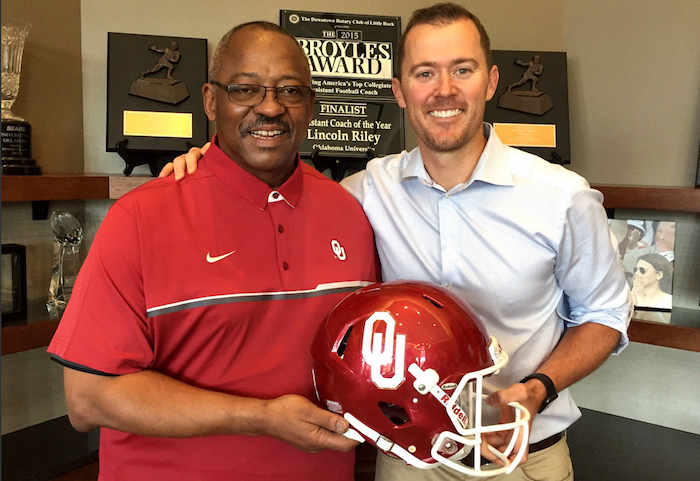 With Lincoln Riley taking over the Oklahoma Sooners as the youngest FBS head coach in the country, it’s wise for the 33-year-old to set himself up with a strong support system. He did just that on Wednesday when he announced he had hired Ruffin McNeill to coach the defensive line.

As a result, Calvin Thibodeaux will coach the defensive ends for OU.

Ruffin McNeill’s most recent stop was being the defensive line coach at Virginia last season. Prior to that he was the head coach at East Carolina from 2010 t0 2015, before being let go after 6 seasons on the job.

Since Riley plans to remain the play caller on offense, the door was opened for the new head coach to add an extra piece to his staff on defense.

This is an incredibly smart and wise move by Riley. He’s surrounding himself with people he trusts as he enters the most challenging period of his professional life. Not only will he have Bob Stoops around campus to give his wisdom and support, he will now also have his former head coach and friend on his staff to lean on.

Some coaches might be afraid, or too macho, to think they need former head coaches to help guide them as they embark on their first head coaching job. But Lincoln Riley is proving that he’s just as mature as many around Norman have said he is. Smart move. Great hire.