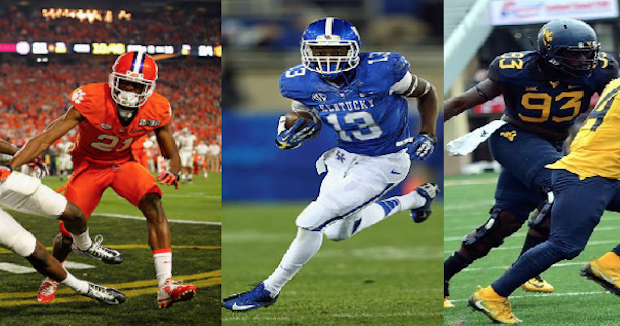 Texas Tech has found an absolute stud at the guard position with Jack Anderson. Coming out of high school as the #4 ranked guard in the entire country, Anderson is exactly what the Red Raiders are looking for up front. He was an early enrollee and he was already slotted in as the starting LG in their spring game back in April. With an offense searching for balance, Jack is the mauler you want paving lanes for the running backs. Texas Tech struggled last year up front, but if they grab more guys like Anderson, their offense could reach new heights. Either way you see it, this is a guy that will be a 3 to 4-year starter for Texas Tech.

Is Kansas Basketball Closer to Finding Out Its NCAA Fate?

Is the Kansas Jayhawks’ basketball program a little closer to finding out its fate when it comes to the NCAA’s current investigation...