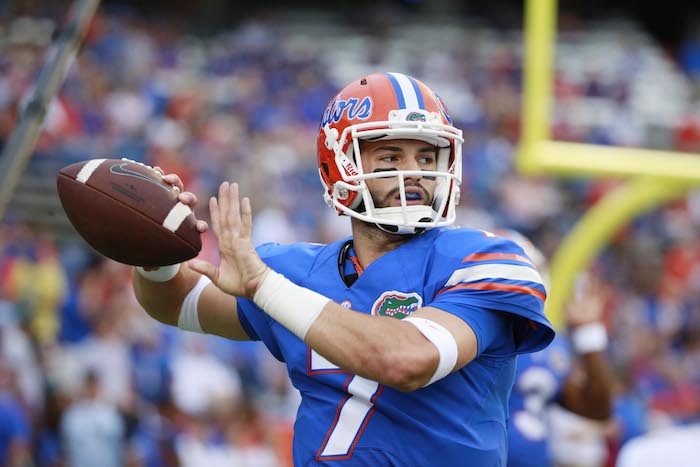 It’s an exciting day for West Virginia football and Mountaineers fans. Will Grier, the transfer quarterback from Florida, will be eligible to play in Week 1 against Virginia Tech.

Grier is the heavy favorite to be the starting quarterback this fall in Morgantown. And based on Dana Holgorsen’s tweet, I’d say the head coach feels the same way as well.

Grier was hit with a 365-day suspension in October of 2015 for taking a banned substance by the NCAA. He claims that he did not know he was taking it, as it was part of an over-the-counter supplement.

Will Grier got off to a hot start with the Gator in 2015. In 4 games played, he completed 62 of 99 passes for 725 yards with 6 touchdowns to 3 interceptions. The early-season highlight came against Ole Miss (24 of 29, 271 yards, 4 TDs). After the suspension, Florida head coach Jim McElwain never made any promises to Grier to keep his starting job and the quarterback decided it was best for him to transfer. In fact, Grier has said that McElwain encouraged him to transfer.

Regardless, the Mountaineers are happy to have him. To think that West Virginia won 10 games last year with Skyler Howard at quarterback, it’s fun to think about exactly how good this team can be with Grier running the offense. It’s not so much a slight against Howard as it is praise for Grier, who as a redshirt freshman helped lead UF to wins over Kentucky, Tennessee, Ole Miss, and Missouri, before his suspension.

He’s not only going to be a great addition for West Virginia, but will be a positive for the Big 12 conference, as Grier should be one of the best quarterbacks in the conference, if not the country.