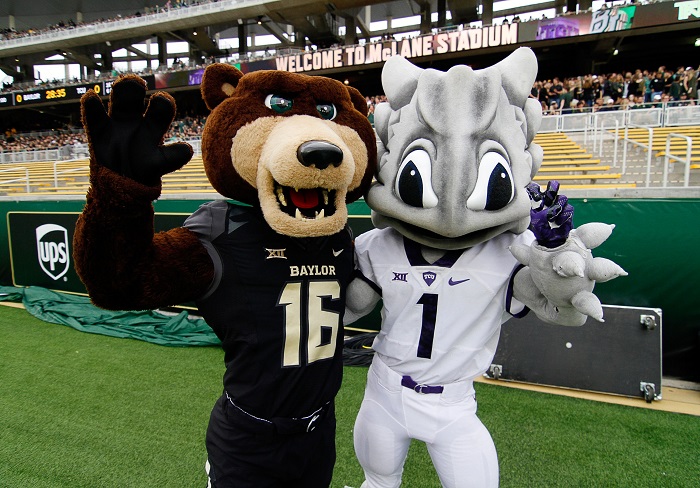 We all know that the majority of college football players don’t end up in the NFL. USA Today released its list of the top ten Division 1 football teams where you can also get a great education. And #2 on the list: TCU.

Ohio State was number 1, with TCU right behind. When it comes to the Horned Frogs, USA Today writes:

The TCU Horned Frogs have been part of the Big 12 Conference since 2012 and have won national championships in 1935 and 1938. Gary Patterson has been the head coach since 2000. With Patterson at the helm, TCU has won six conference titles and the 2014 Big 12 championship.

In addition to a rising football program, Texas Christian is ranked in the top 200 of schools nationwide. The school boasts a large percentage of full-time teachers, a high freshman retention rate, and higher than average four-year and six-year graduation rates.

TCU beat out Duke, Notre Dame, and Alabama on the list.

After University of Wisconsin at number 6 is another Big 12 school, Baylor, to which USA Today says:

Baylor is a large private university ranked as one of the top 200 schools in the country. This diverse school has a high freshman retention rate and a higher than average starting salary for graduates.

The Big 12 had two of ten schools. As for the other Power 5 conferences, the Big Ten had two of the top 10, the ACC had two, while the SEC had one, and the Pac-12 had one as well.

Overall, solid showing for the Big 12 with the two private schools in the mix.

The simplest reason you can’t pay college football players
Ahead of Big 12 media days, conference healthiest it’s been in a decade
To Top