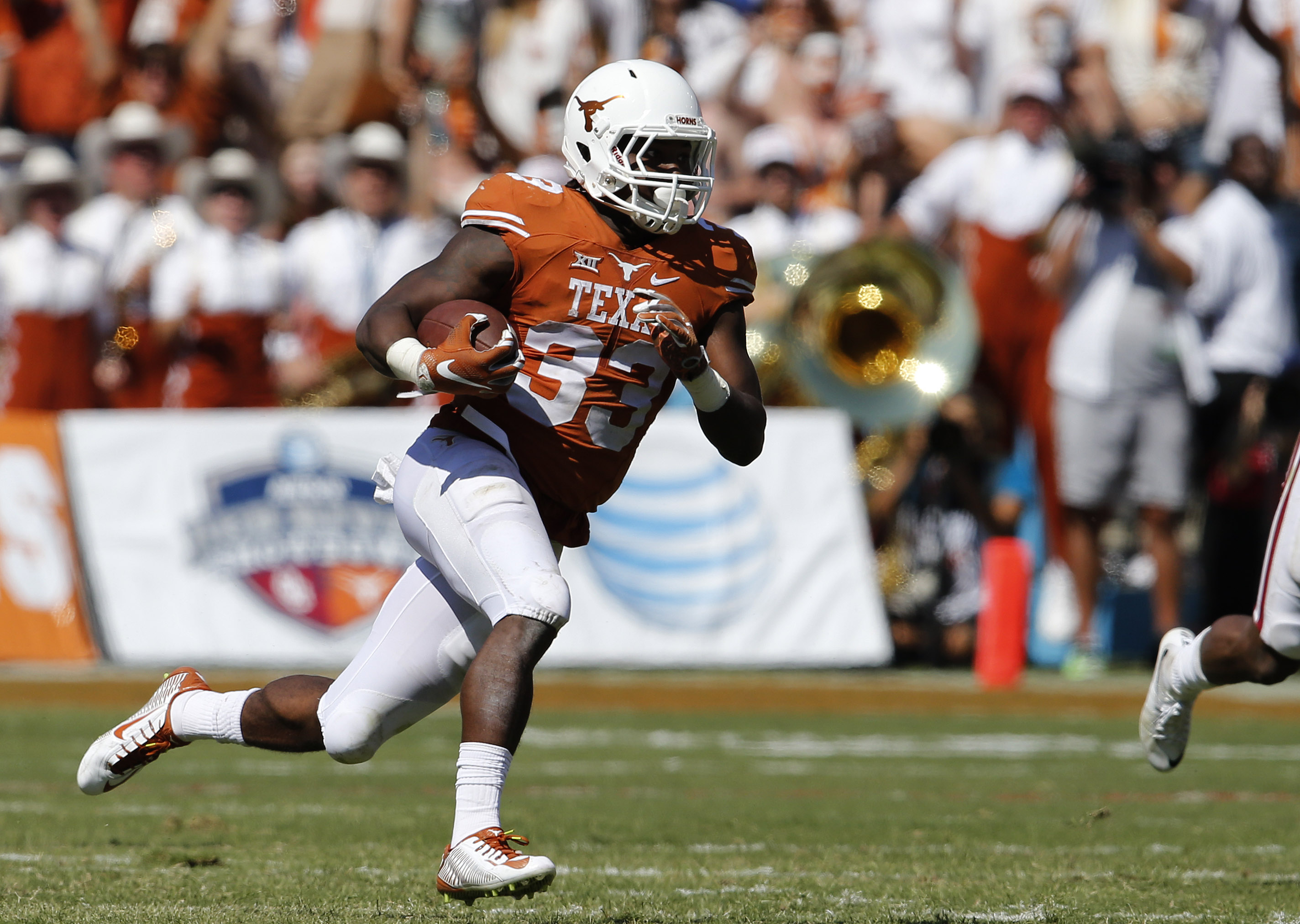 D’Onta Foreman’s NFL career is not off to the start he intended. Brian Davis of the Austin American-Statesman was the first to report that the former Longhorns running back was arrested and taken into custody around 3 a.m. Sunday morning with marijuana possession of two ounces or less and unlawful carrying of a weapon.

The officers “responded to a report of the smell of marijuana coming from three occupied vehicles near the southwest side of San Jacinto residence hall on campus,” the statement read. “Officers arrived on the scene discovered marijuana in each vehicle and also discovered a firearm in one of them.

“None of them are UT students and they are not believed to have UT affiliations.”

Foreman played for the Longhorns for three seasons and was selected by the Texans in the third round of the NFL Draft where he is expected to become a 1-2 punch with Lamar Miller.

In a statement from Foreman’s attorney, Chip B. Lewis, the running back was in Austin visiting friends, did not use the marijuana, which belonged to a passenger in the car and possessed the handgun legally.

The Texans issued a statement that said the organization is aware of the situation and gathering additional information.

The only good news for both sides: Texas doesn’t have to address this one day ahead of Big 12 Media Days, and Foreman already signed his NFL contract.